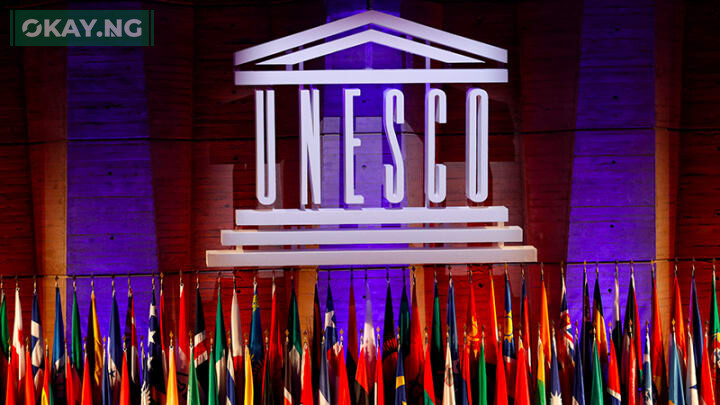 Yesterday, students in Ogun State were educated by the United Nations Educational, Scientific, and Cultural Organization (UNESCO) on the importance of promoting various cultural expressions in Africa through digital technology.

In order to achieve this, the organization educated secondary school students in Abeokuta through its Institute for African Culture and International Understanding (IACIU) on how to preserve and advance the African cultural legacy through art and technology.

The course is the fourth in a series that the institute is organizing.

The final training session for the year 2022, the fourth series, took place at McJob Grammar School in Abeokuta, Ogun State.

Okay.ng found out that the project was created to educate and inform Nigerians, particularly the young, about the significance of using indigenous arts and culture to change the narratives that non-Africans have about the African continent and its cultural heritage, according to Prof. Peter Okebukola, Director of the Institute, who spoke at the event in Abeokuta.

The program, according to Okebukola, a former executive secretary of the National University Commission (NUC), was designed to introduce participants to the use of technology to save and promote the cultural heritage of Africa in the modern era.

He said that UNESCO founded the Institute, which is housed on the grounds of the Olusegun Obasanjo Presidential Library (OOPL), Abeokuta, in order to further develop human potential and knowledge through initiatives that support cultural expressions through digital technology.

According to Okebukola, this was in keeping with the UNESCO 2005 Convention’s aims, which include preserving the African cultural legacy and promoting the diversity of diverse civilizations.

He also urged the young people to be proud of showing their diverse cultures by speaking their native tongues, enjoying quality African music that is educational, learning to make their regional cuisines, and donning African designs.

Okebukola stated, “The United Nations Education Scientific and Cultural Organization (UNESCO) established a formal agreement between countries under its jurisdiction in order to uphold, promote, and protect cultural diversities in order to further enhance the way culture is expressed and to the world.”

“The project is designed to educate and enlighten us all on the importance of using our arts and cultures to change the unfavorable perceptions that non-Africans have of our great continent and how we can in turn use technology to protect and promote this great African cultural heritage,” says the website for the initiative.”

The program, according to Mrs. Aderonke Omotola-Amos, a national program officer at the institute, was created to help participants understand the importance of appreciating African culture and doing everything in their power to preserve and advance it. She said, “Our culture is our identity, it’s who we are, and this must not be taken from us.”

Mr. Vincent Eko, one of the program’s facilitators, guided the participants through the numerous ways that art and technology may be used to preserve and advance African culture.