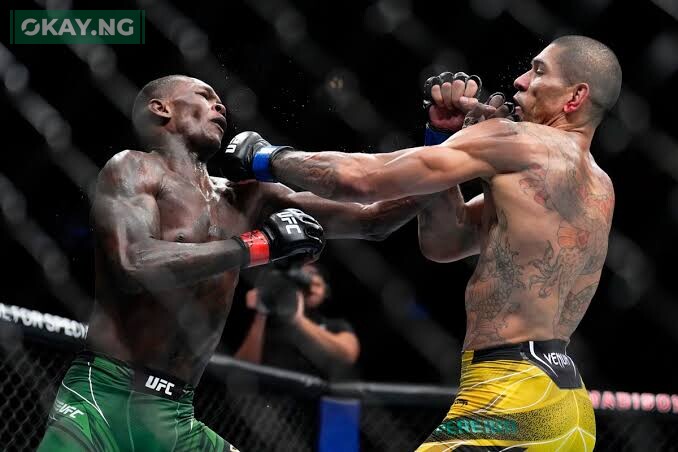 Alex Pereira stopped Israel Adesanya in the fifth round to become the new UFC middleweight champion.

A flurry of punches from Pereira including an uppercut handed Adesanya his first defeat in the category and his third against the Brazilian after losses in 2016 and 2017.

Pereira becomes the new undisputed champion with just five fights in the UFC.

A visibly shaken, hurt and wobbly Adesanya could not keep up as the referee brought it to an end before the buzzer.

Adesanya had dominated in the opening rounds, unsettling in opponent in the third with a take down, but could not hold his own in the final round.

The ‘Last Stylebender’ was ahead 3-1 heading into the fifth round and all he had to do was keep his challenger at bay.

Pereira’s instruction from his corner was very clear, “knock him out if you want to win this” and that was exactly what he did. Adesanya managed to keep him in check until the final seconds when he exposed himself to audible blows that gave him jelly legs before the referee stepped in to end it.