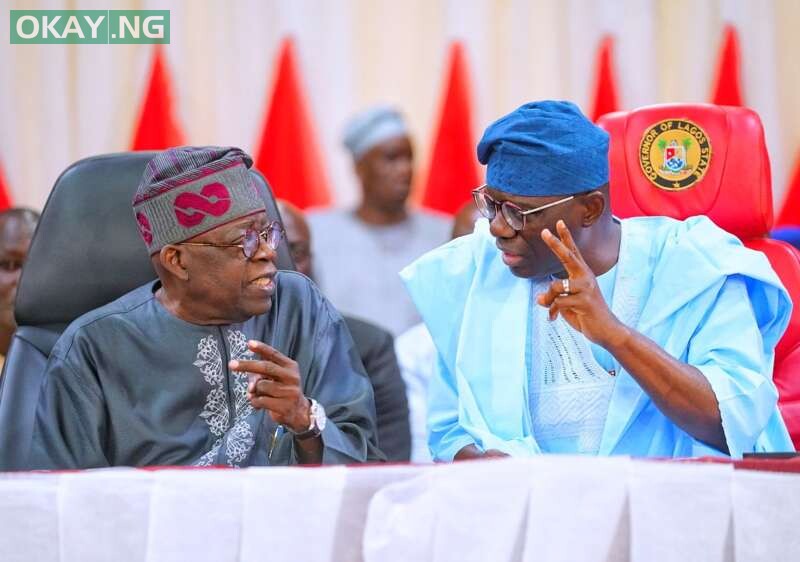 The former Governor of Lagos state and the APC Presidential Candidate, Bola Ahmed Tinubu, has congratulated Gov. Babajide Sanwo-Olu of Lagos as he clocked  57.

Tinubu in a congratulatory message by his media spokesperson, Mr Tunde Rahman on Friday in Abuja, said Sanwo-Olu had in the past three-plus years, far exceeded even the most optimistic expectations from his tenure.

In his praises of Sanwo-Olu’s achievements which Tinubu said were numerous to mention, he noted that this had garnered him the love and adoration of people of Lagos, young and old, male and female.

“Governor Sanwo-Olu’s exceptional leadership and steadfast dedication to the task of bettering the lives of  Lagos residents are showcased daily in the smoothness with which the administration of the state now runs.

“He is, indeed, a prime exemplar of the excellence upon which our beloved state prides itself.

“The governor has demonstrated uncommon compassion and humility as well as a strong will and steely determination.

“He has risen to every challenge placed before him. In return, he has the full faith and confidence of our party in the state and I look forward to him leading all Lagos APC candidates to victory at next year’s polls,” he said

The former governor of Lagos state describing Sanwo-Olu as a man of high intellect, deep political acumen and exceptional character,  wished him a most memorable birthday in continued good health and prosperity.

Tinubu prayed that the governor be surrounded by the love and affection of his family, friends and well-meaning constituents.

For all Lagos residents, he prayed that they know the peace of the Almighty and that they live long in happiness, good health and prosperity.