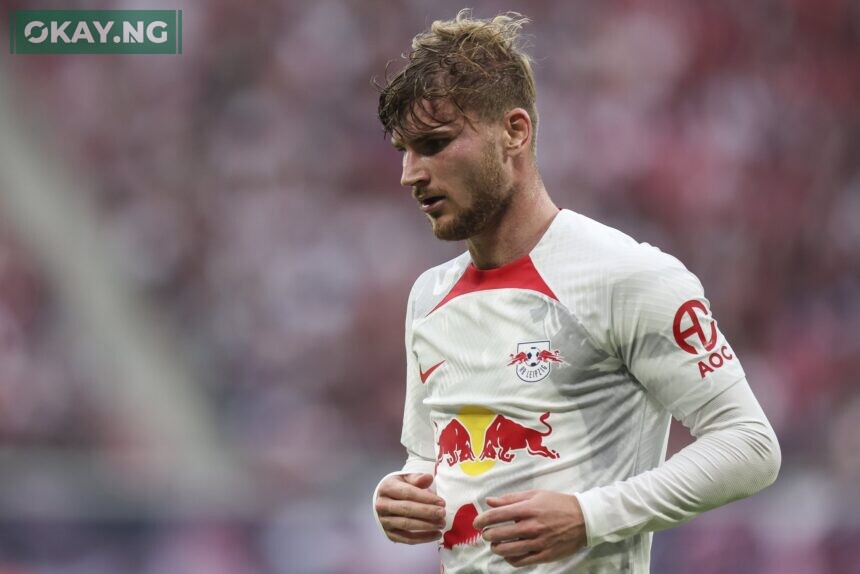 Germany forward, Timo Werner is out of the World Cup in Qatar after suffering an ankle injury that will keep him out until 2023.

Okay.ng reports that the 26-year-old was withdrawn after 19 minutes of RB Leipzig’s 4-0 Champions League win over Shakhtar Donetsk on Wednesday.

The ex-Chelsea man who returned to form this term, has scored 24 goals in 55 appearances for Germany

Germany’s first World Cup match will be against Japan on 23 November.