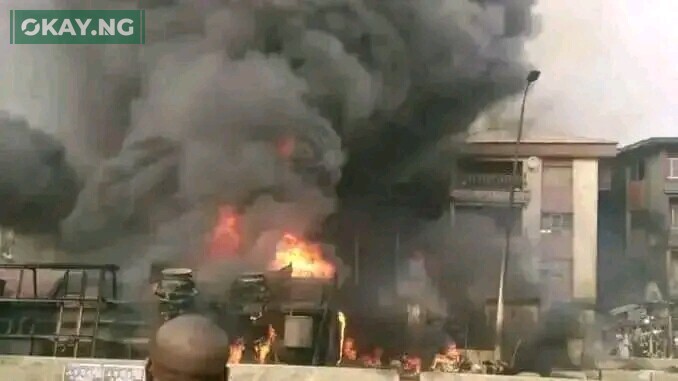 The multi-imillion naira Onitsha Drug Market, popularly known as Ogbo Ogwu, was on Tuesday afternoon gutted by fire, which claimed no fewer than three lives and destroyed a building, leaving 10 people were wounded.

According to two eyewitnesses, former members of the executives of the market union, the fire incident started about two hours ago and men of fire service were invited to contain the inferno.

Initially people were running for their lives because it was an explosion.

“There was stampede; nobody was thinking of how to save goods because it was an explosion.

“I can vividly confirm to you — because I was there — the explosion killed one person instantly.

“The two other were badly affected by the explosion and were rushed to a hospital. And they are said to have died,” he said.