“The workers were unarmed and peacefully protesting for their rights only to be shot at by policemen stationed at the government house gate.

Three members of the NLC in Nasarawa state have been hospitalized with another one dead after some policemen opened fire on them on Friday, NAN reports.

According to NLC leader, Ayuba Wabba, the incident happened at the gate of the Government House where they had gone to wait for the outcome of the NLC meeting with Gov. Umaru Al-Makura.

Workers in the state had embarked on an indefinite strike following the decision of the state government to slash their salary by 50 per cent.

“The workers were unarmed and peacefully protesting for their rights only to be shot at by policemen stationed at the government house gate.

“We do not know what prompted them to shoot at unarmed workers who were waiting for us to finish discussion with the state government over the issue of their emoluments.

“They were attacked with maximum force. You can see one dead, two critically injured. They were very peaceful, unfortunately the police, under whatever pretense opened fire. It is most unfortunate,” he said.

The Nasarawa state Police commissioner, Abubakar Bello, said he’s yet to be briefed on the incident. 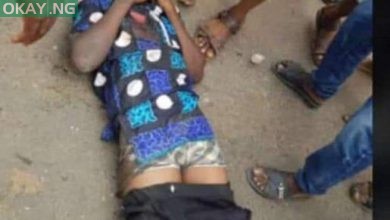