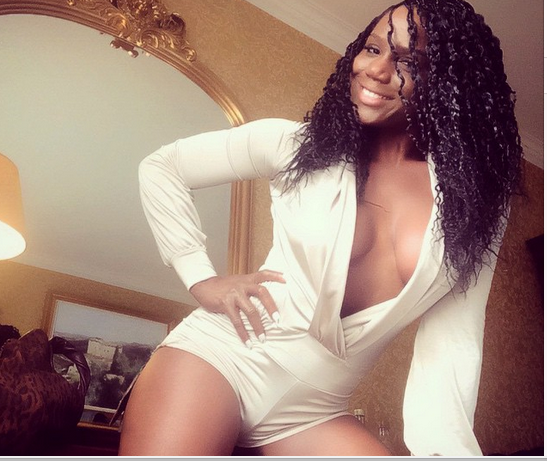 Maheeda opened up to Encomium on her spiritual life,gains of nudity and Afrocandy .She insists she’s born again and highly spiritual.

On why she goes nude despite being born again

True, I don’t have a problem doing that but I think it is because of my job and I know most Christians won’t understand it. But I just believe that this is what I have to do, to get attention, especially when it comes to my job and I just believe His grace is enough for me. He loves me more than my ‘nakedness’. If you see God as a Father because He sees you as a daughter, I would not because of your nakedness want to ruin you or kill you. That is how I see God. He understands me. He hates me but He loves me at the same time.

Yeah, of course, I am religious because I still believe in God and nobody can take that away from me. Jesus is the best thing that happened to my life.

I really don’t know, maybe she feels threatened. I used to feel threatened as well, it is normal. Sometimes I feel jealous of Muna, Tiwa Savage. I feel like why are you having all those things which I don’t have. It is just normal but it is the ability to control it that really matters.

I am still very much in my marriage and my husband does not have any problem with what I am doing. He supports me.

On how she makes money

(Laughs) I make my money from shows, invitations. Some people invite me and I get paid just to sit down and drink, take pictures for birthday parties, weddings and many more. Sometimes, I perform, sometimes I don’t. I also do modelling. In Holland, I did two modelling jobs, one cost about N2 million and the other was close to a million naira.
I am into nude modelling and sculpture modelling where one is moulded naked.