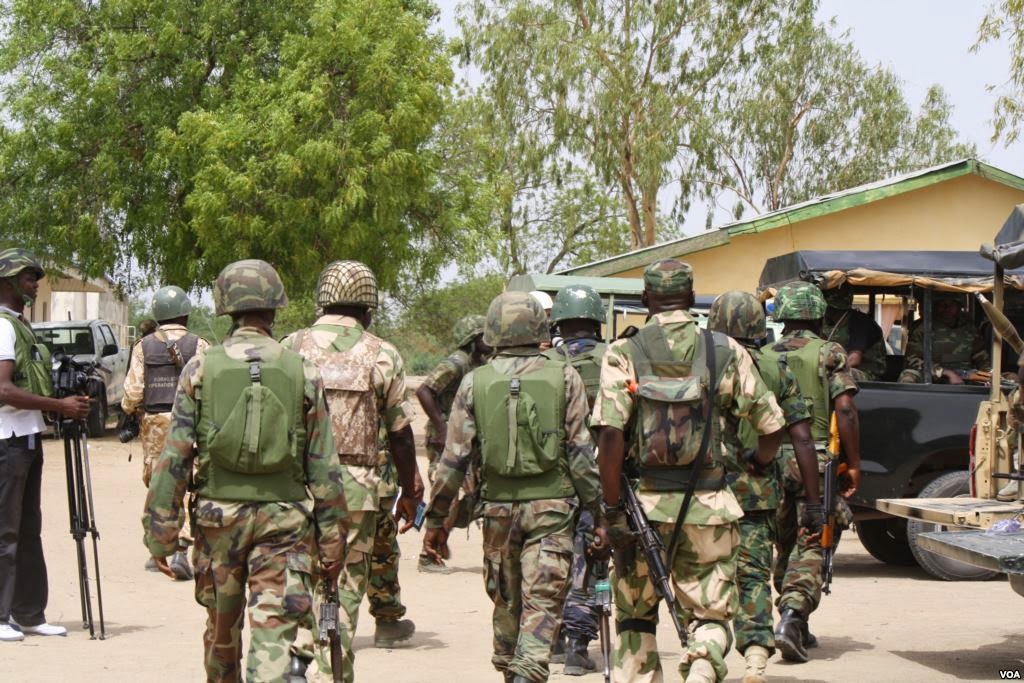 The ongoing ethnic violence in Nasarawa State has started taking its stock on innocent citizens, as overzealous soldiers killed eight people mistaking them for members of  the Ombatse militia group in the state.

Some top security operatives  informed  Saturday Tribune that the  incident, which happened on Tuesday evening at Shinge area in Lafia Local Government Area of the state, had created panic among  residents in the area.Investigations revealed that the victims, who were between ages 19 and 23, were in  front of their residence when soldiers stormed the area and opened fire on them.

It was  further gathered  that the victims, who were nine in number, were all traders at the  popular Shinge market. They were said to be receiving fresh air in front of their residence after close of work around 6:30 p.m when  the soldiers invaded the area and killed eight of them.

The last person was said to be on danger list at  an undisclosed hospital.Witnesses said the soldiers took them for  members of Ombatse militia group who were planning to launch  an attack on Kamperis  as well as Fulanis and Hausas residing in the area.

“The boys were drinking garri outside the house  after they came back from work, suddenly we heard gun shots with people shouting  for  help, but  nobody could  move  near  the  scene.We later learnt that  the  soldiers acted on a tip-off  after being informed that the Ombatse group in  Eggon was planning to attack the  area.
“When they came, rather than  ask  questions, they opened fire on the traders. Eight died  on the spot  while one was rushed to the hospital, but no one can say  what his current condition is  now,” a witness  said.

When contacted on Friday in Lafia, the state capital, the state Police Public Relations Officer (PPRO), Ugochukwu Theodore, a Deputy Superintendent of Police (DSP), said the information had not reached his office.