Skales is set to release his sophomore album “The Never Say Never Guy”. The singer unveils the album art and tracklist to the album. 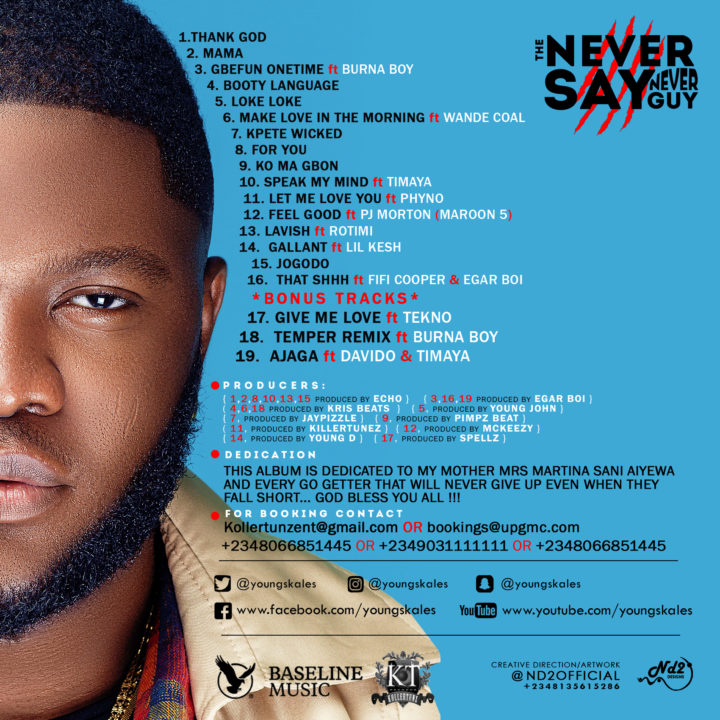