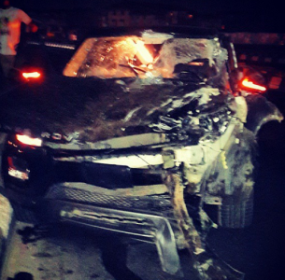 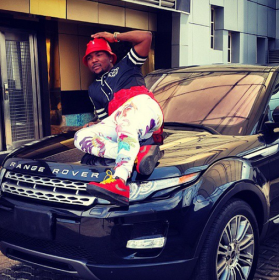 Oristsefemi’s management has released a press statement regarding the crash of the new Range Rover Evogue he got from his record label less than a week ago. They said armed robbers caused the SUV to crash. Find the statement below…

“The incident happened we were going to finish up a meeting my traveling arrangement today with Big Brother Africa’s officials in order to perform at the grand finale of the event in South Africa on Sunday 7th.

Yusuf ‘Danku’ Adepitan who was driving the Ranger noticed unknown gun men were chasing me-Oritsefemi- behind, on approaching Funsho Willams Road, Barrack Bus Stop, Surulere, and the suspected gunmen approached the driver. They ordered him to stop. Pointing guns at him, but Danku refused to stop. He accelerated trying to escape. While he was struggling with the robbers, a truck conveying loads of Cement hit the vehicle accidentally. Range driver’s side was smashed. Danku lost control. The truck hit him by the chest through the driver’s side. The airbag came out immediately”, Oritsefemi revealed the accident.

“I was at the back the back seat with my brother. I quickly cried for help before Good Samaritan rushed out from unknown area in Surulere to rescue Danku who had already been in coma. He could neither talk nor see anyone at the point”.

He has been hospitalized at a name withheld hospital in Ikeja receiving treatment.

“I thank God for my life and manager. No life was lost. My fans should pray for me”, Oritsefemi Concluded. 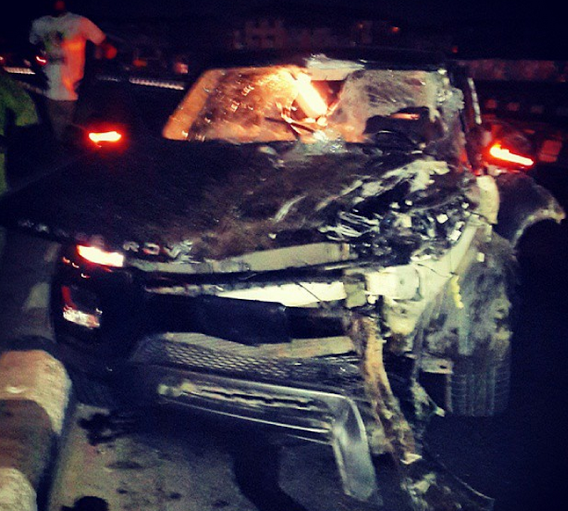