Singer Niyola has revealed that the pretty South African lady, Karabo Mokoena who was killed and burnt by her boyfriend» is her friend.

The singer who had earlier put up a post when she was still missing says she had been missing since April 28th, and was found killed and burnt beyond recognition by an abusive ex-boyfriend. She shared a private conversation she had with Karabo and wrote;

“I really shouldn’t be doing this but the worst has happened and someone’s life might be saved . My friend was murdered by her ex and burned beyond recognition . Before then he had battered her black and blue on one occasion and would constantly drain her emotionally .

These signs were there , he tried to kill her many times until he succeeded . Now my friend is gone and she ll never be able to grow into the person God destined her to be .

If he pushes you , hits you , yells at you … my dear take to your heels before you get yourself killed . Life is too fickle to be toyed with . Only a fool refuses to learn from other people’s lessons .” 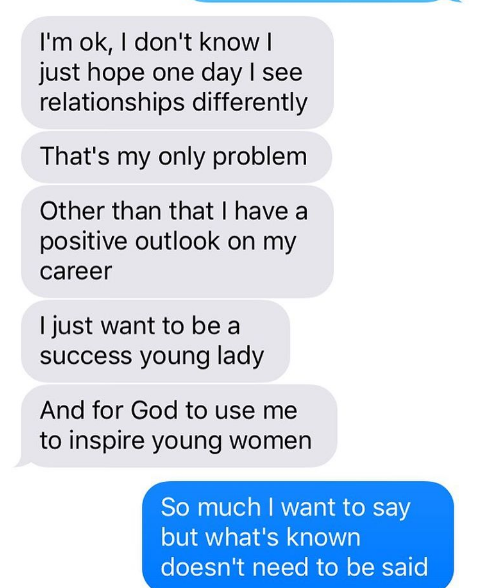 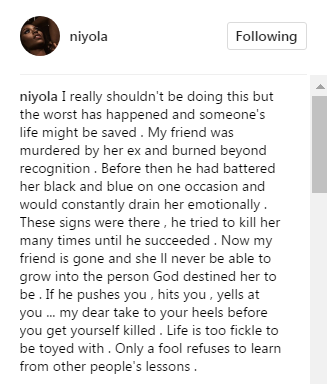