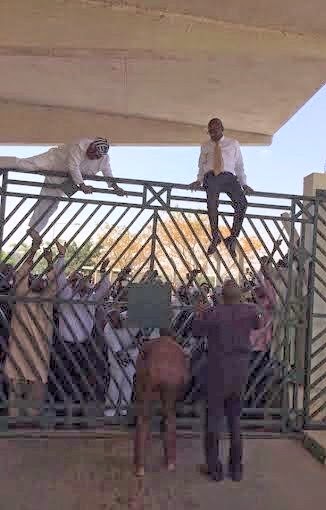 House of Representatives minority leader, Hon. Femi Gbajabiamila, has explained why he scaled the gate to gain entrance into the National Assembly premises. In a Facebook post, he said

“What happened in the National Assembly  will forever live in infamy. Never thought I would see the day when I would be forced to go over the assembly gates where I work to gain access into the chambers.But then our democracy has to be saved. It was pretty clear the presidency in spite of a court injunction wanted to do something sinister and illegal.They perfected the plot to stop the Speaker and the opposition leader from gaining entry. My members were already in chambers waiting for me to come in so as to provide leadership and direction. Most of them had gone over the fate too. I had to do the needful to save our democracy. We thank God we foiled their evil machinations. We will continue to be vigilant.”