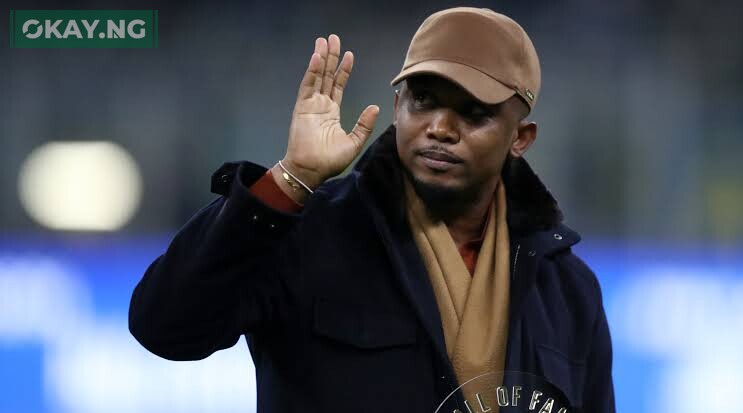 The president of the Cameroon Football Federation, Samuel Eto’o, has apologised for physically assaulting a man at the World Cup on Monday.

In a statement on his Twitter handle on Tuesday, Eto’o said he was provoked by a fan who was “probably” an Algeria supporter as part of an ongoing harassment following Cameroon’s qualifying win over Algeria in March. 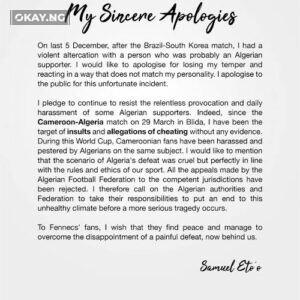 Part of his apology read, “After the Brazil-South Korea match, I had a violent altercation with a person who was probably an Algerian supporter.

“I would like to apologise for losing my temper and reacting in a way that does not match my personality. I apologise to the public for this unfortunate incident.”

Algeria filed a complaint over the performance of the referee in the qualifying play-off in Blida on March 28, in which Cameroon’s Karl Toko Ekambi scored the winner with the last kick of the match.