The National Security Adviser (NSA), Col. Sambo Dasuki (rtd) has assured that on or before the tenure of President Goodluck Jonathan ends on May 29, the Nigerian military would liberate the dreaded Sambisa forest, where some of the Chibok girls are suspected to be held in captivity.

He gave the assurance on Tuesday while speaking to PRNigeria on the anniversary of the abduction of over 200 girls kidnapped by terrorist group Boko Haram from Government Girls Secondary School, Chibok, in Borno State.

Dasuki further assured that the Federal Government was making every effort to ensure that the girls along with every other Nigerian abducted by terrorists are rescued.

“Right now, all Boko Haram camps, except Sambisa Forest have been destroyed,” the NSA said.

“Every movement of the terrorists is being monitored and every necessary detail is being taken care of to rid the country of the last bastion of terrorists’ infestation.”

“Aside the Chibok girls, other Nigerian girls, boys, men and women were abducted by the terrorists and all efforts are being made to rescue them all.” 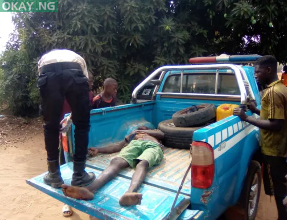