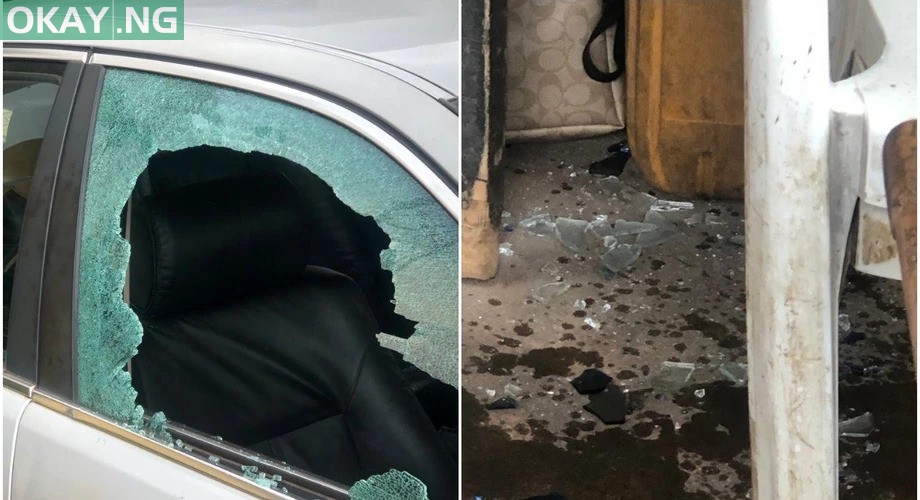 Several properties were vandalised by when hoodlums on a revenge mission attacked the Federal Radio Corporation of Nigeria, Moniya, Ibadan, Oyo State capital.

Okay.ng gathered that the thugs invaded the media house premises after an earlier raid on the hideout of some criminals around the Sasa area on Saturday.

Though FRCN was not the target of the rampaging hoodlums, the office of the vigilante group was located inside the premises of the radio station and hoodlums who could help find the members of the vigilante resorted to destruction of vehicles and other facilities.

Confirming the incident in a statement issued on Sunday, the Police Public Relations Officer (PPRO) of Oyo State Police Command, Mr Adewale Osifeso, said the perpetrators of the destruction would be brought to book.

According to the statement, “sequel to the face-off between members of Soludero, a local vigilante group and some criminal elements around Sasa Area, Ojo, Akinyele LGA of Oyo State while on routine patrol, yesterday Saturday 31st July 2021, at about 0400HRS during which one Kabati ‘m’, a member of the criminal gang sustained gunshot injuries and was confirmed dead at the hospital.”

“Consequent upon this, the hoodlums in their numbers stormed the Soludero presumed office, located at the premises of the Federal Radio Corporation of Nigeria, Amuludun 99.1 FM, Moniya Ibadan in a bid to launch a reprisal attack.”

“Preliminary investigation gathered from an on the spot assessment shows that, upon the arrival of the hoodlums, they became agitated as none of their targets was on sight. ”

“Consequently, windscreens/glasses of four (4) vehicles parked in the premises were broken along with the glass door at the entrance of the media outfit, inferring that the attack was not targeted directly at the media outfit but members of the vigilante group.”

“While assuring all and sundry that the perpetrators of this dastardly act would be made to face justice, the Commissioner of Police, Oyo State Command, Ngozi Onadeko, wishes to state that it is important to immediately report such occurrences as the above to the Police for immediate intervention.”

“Meanwhile investigations are ongoing and developments would be communicated accordingly,” the statement concluded.