A plane full of senior Philippine officials who were part of Pope Francis’s entourage to the island veered off the runway as it prepared for take-off as storms lashed the region.
The jet carrying 11 people was due to leave Tacloban airport just minutes after the Pope’s plane left for Manila when its front tyres blew and overshot the track.
No one was hurt but authorities closed the airport as tropical storm Mekkhala hit the region 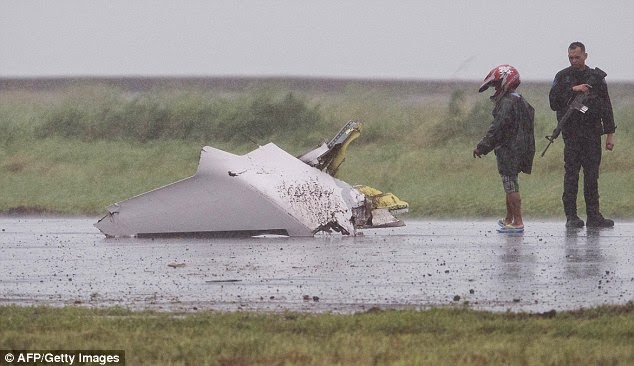 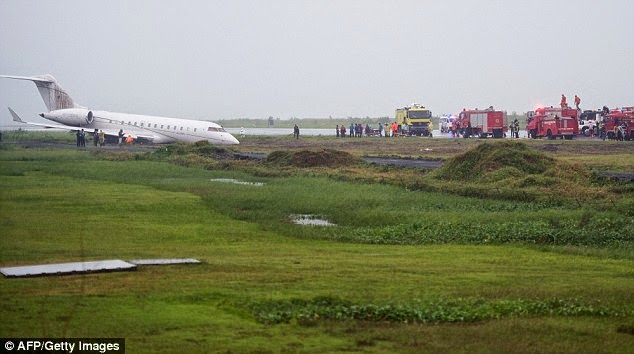 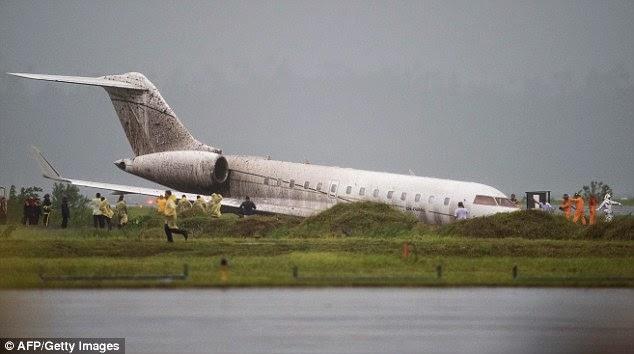