A Federal High Court sitting in Benin, Edo State, has ruled that inmates of prisons in Nigeria have the right to vote in all elections conducted in the country, PM news reports.

The court, presided over by Justice Mohammed Lima, ‎ gave the ruling in a suit instituted by Messrs. Victor Emenuwe, Onome Inaye, Kabiru Abu, Osagie Iyekepolor, Modugu Odion for and on behalf of inmates of Nigeria Prisons, against Independent National Electoral Commission (INEC) and the Controller-General of Nigeria Prisons Service, also directed the Defendants to ensure that the Applicants are not disenfranchised.

The plaintiffs had in an amended Originating Summons, asked the court to determine “whether having regards to the provisions of section 25 of the Constitution of the Federal Republic of Nigeria 1999, as amended in 2011, and section 12 (1) of the Electoral Act 2010, the plaintiffs are not entitled to be registered as voters by the first Defendants”;

Other reliefs sought by the plaintiffs were that the court should determine whether having regard to the provisions of Section 77 (2) ‎of the Constitution of the Federal Republic of Nigeria 1999 and Section 12 (1) of the Electoral Act 2010, the plaintiffs are not entitled to cast their votes at any election; and whether the failure of the first defendant to make registration and voting provisions for the inmates in the custody of the 2nd Defendant does not constitute an infringement on their rights as citizens of the Federal Republic of Nigeria as enshrined in section 14 (1) (2) (a) (b), section 17 (2) (a), section 24 (b), (c), section 39 of the 1999 Constitution of the Federal Republic of Nigeria, Article 13 (1) and Article 20 (1) of the African Charter on Human and People’s Rights.

Justice Lima declared in his judgement that “any act by the 1st Defendant to deny inmates the right to vote is unconstitutional, illegal, irregular, unlawful, null and void and of no effect whatsoever; that the Defendants do not have the constitutional right to deny the claimants their voting rights; that being an inmate is not an offence that impedes their registration and voting right under section 24 of the Electoral Act; and that‎ the exclusion of inmates in elections conducted in Nigeria is illegal, ultra vires and null and void.”

The judge then made an order of mandatory injunction restraining the 1st Defendant to update and include in the National register of voters names of citizens in the custody of 2nd Defendant and an order of mandatory injunction directing the 1st and 2nd Defendants, a body totally known to the Constitution, have the constitutional mandate, capacity or authority to include the Plaintiffs and make the environment comfortable for them to exercise their franchise.

Counsel to the Plaintiffs, Barrister Aigbokhan President, lauded the judgment and stated that erosion of inmates’ rights to vote creates dangerously fragile environment for overall human rights in the reign of 365 days of human right being the theme of human right in 2014. He opined that “the judgment is a wedge on the slippery slope of creating second class citizens in Nigeria.”

In a related development, gunmen recently stormed the Minna Medium Prison yard in Niger state, broke into the cells and set 270 inmates free. 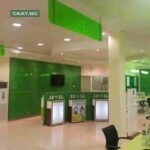