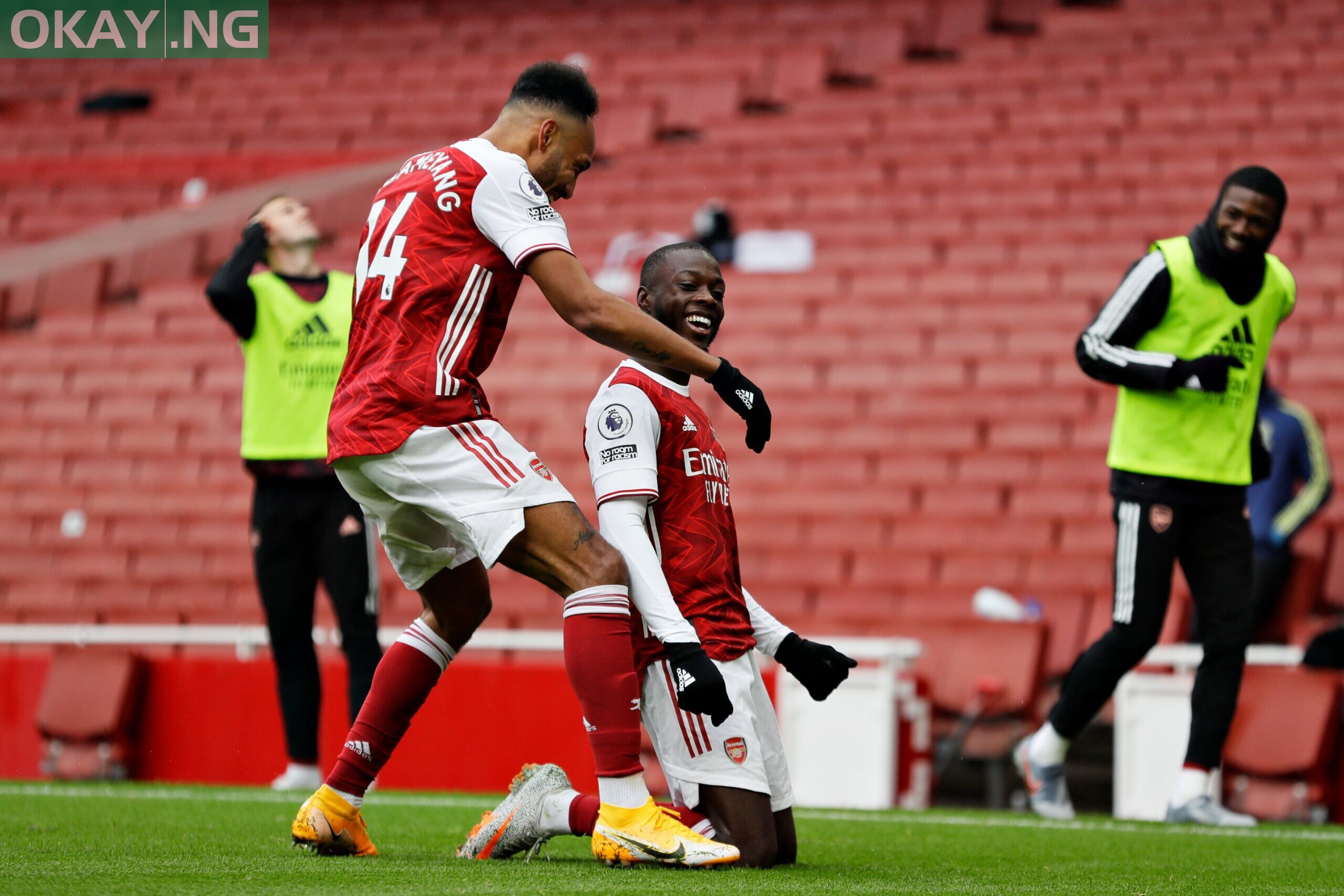 Arsenal teenager Bukayo Saka celebrated his first England call-up by putting the Gunners on course for a 2-1 win against Sheffield United on Sunday.

Saka was included in Gareth Southgate’s squad this week for England’s forthcoming internationals against Wales, Belgium and Denmark.

The promising 19-year-old marked his maiden England involvement by giving Arsenal the lead with his first ever goal at the Emirates Stadium.

Nicolas Pepe came off the bench to add Arsenal’s second as Mikel Arteta’s team struck twice in the space of four minutes in the second half.

David McGoldrick got United’s first league goal of the season in the closing stages, but it was too late to trigger a dramatic fightback.

Arsenal were not at their best, but Arteta will be encouraged by the way they kept their focus and eventually found a way to secure their third Premier League win in four matches this season.

It was the kind of game that has tripped up Arsenal in recent years and the victory underlined their progress since Arteta took charge in December.

The FA Cup holders are unbeaten at home since February and no longer look a soft touch, raising hopes of a sustained challenge for a top four finish.

Chris Wilder’s Blades have lost all four league games this season, leaving them in the relegation zone just weeks after the conclusion of their impressive first season back in the top-flight.

The seven-match losing streak — which includes three games last season — is their worst run since 1975-76.

Wilder must have feared more misfortune would befall his side when David Luiz escaped without a red card when the Arsenal defender pulled back Oliver Burke as he sprinted clear in the opening minutes.

That was a rare moment of drama in a tepid opening and for the first time in a Premier League match since December 2019 the first 28 minutes passed without a single shot from either team.

Arteta has made no secret of his admiration for Wilder’s tactics and has been sending out Arsenal in a similar formation since he took charge.

Arteta’s version of the game-plan proved superior, but not until Pierre-Emerick Aubameyang finally sparked them into life with a curling strike from 25 yards that forced an agile tip over from Aaron Ramsdale.

United’s response was to rough up Aubameyang. Sander Berge was booked for a crunching challenge that left Arsenal’s captain clutching his ankle before he limped back into action.

Arsenal imposed themselves confidently after the interval.

Aubameyang was inches away from turning in Dani Ceballos’s pass before Arteta’s side broke the deadlock in the 61st minute.

Mohamed Elneny and Aubameyang combined to tee up Hector Bellerin and his cross to the far post found Saka, who headed home from close-range.

Arteta had sent on Pepe just before the goal and the Ivory Coast winger made a rapid impact as he doubled the lead in the 64th minute.

Bellerin slipped a pass to Pepe down the right flank and with the Blades defence backing off, he advanced to the edge of the area before guiding a composed low shot past Ramsdale at the climax of a flowing 19-pass move.

McGoldrick set up a nervous finale for Arsenal when he curled home from the edge of the area in the 83rd minute, but Arteta’s men held on.