A baby boy died after he was born while his mother was being taken into surgery in a wheelchair and nurses accidentally dragged the newborn along the floor. The boy suffered fatal head injuries when his mother gave birth while in the wheelchair, and he was pulled along on his head for several feet before medical staff noticed.

The baby’s mother, Shang Shao, 45, had been rushed to hospital in Luoyang City in central China’s Henan province, and was already in labour when she was taken into surgery.

Ms Shang was only seven months pregnant when her water broke, and she was taken to hospital by
her partner Pan Mai, 46.

Despite already being in labour, a doctor decided Ms Shang needed a caesarean and she was placed in a chair to be wheeled into surgery. 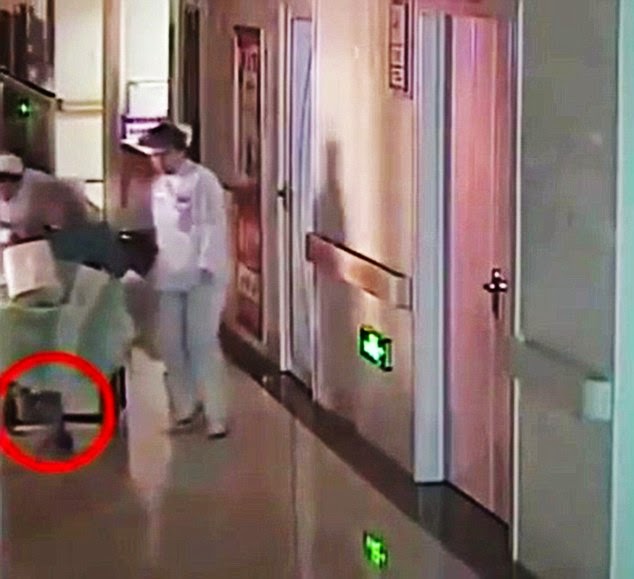 Ms Shang was captured on CCTV as she gives birth to the boy while sitting in the wheelchair, and medical staff failing to notice the baby still attached by the umbilical cord.
The baby boy is then dragged on his head along the floor, as unsuspecting staff continue pushing Ms Shang down the hall  before noticing a trail of blood.

‘The baby was taken into intensive care but died soon after of intracranial hematomas, a rupturing of a blood vessel between the skull and the brain. The doctor who suggested she be given a caesarean has been suspended from duty. He was inexperienced and should have consulted a senior doctor.

The nurses taking the mother have been disciplined as they should not have moved her in a wheelchair. They have been demoted and given a warning. This was a terrible incident and our hearts go out to the family.’

The family is now looking to sue the hospital and the baby’s father Mr Pan said: ‘This is the most traumatic day of our lives.’ 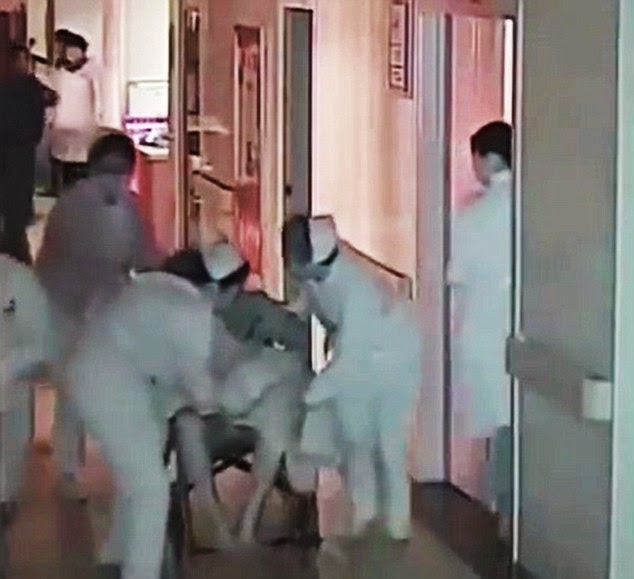 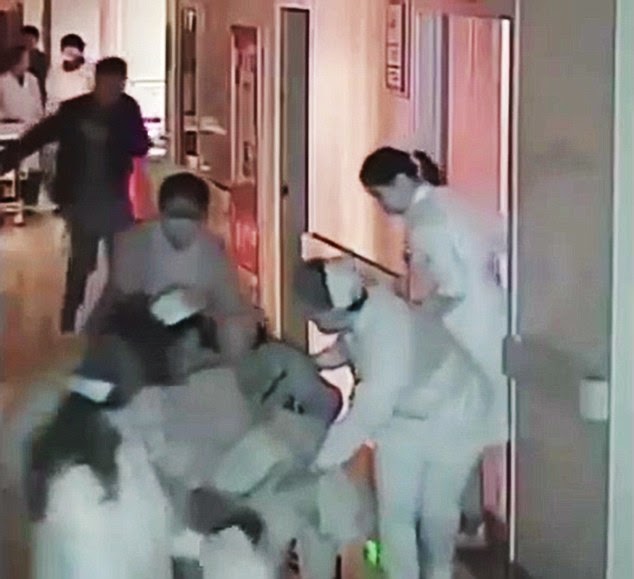