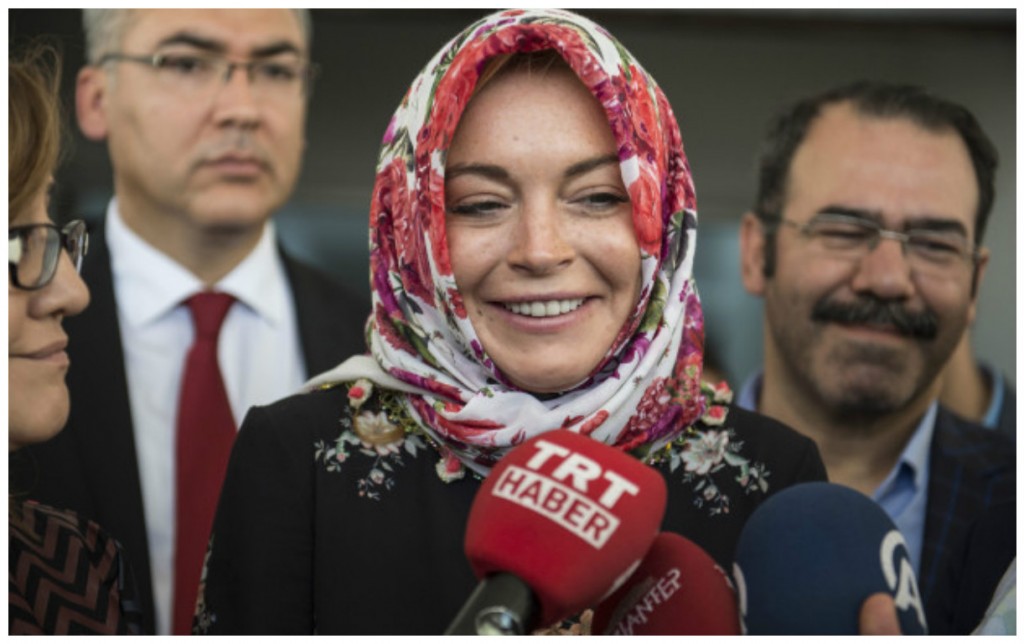 She took to her instagram handle to make new changes by deleting all her previous posts and added a new bio; “Alaikum Salam,” an Arabic, an islamic greeting translated as “Peace be unto you.”

Captured wearing a hijab , her converted to Islam remains unconfirmed.

It’s not a shocker to many as the actress in past vocalised her identification with the religion.

Lohan in an interview with CNN, spoke about her travels and humanitarian efforts when She traveled to Syria and Turkey in 2016 to visit refugees.

Also a representative told Daily Mail that the 30-year-old is “in a period of renewal, and is very excited for what the new year holds.”

Recall in April, Lohan was attacked for studying and praising the religion as she was seen holding a Quran.