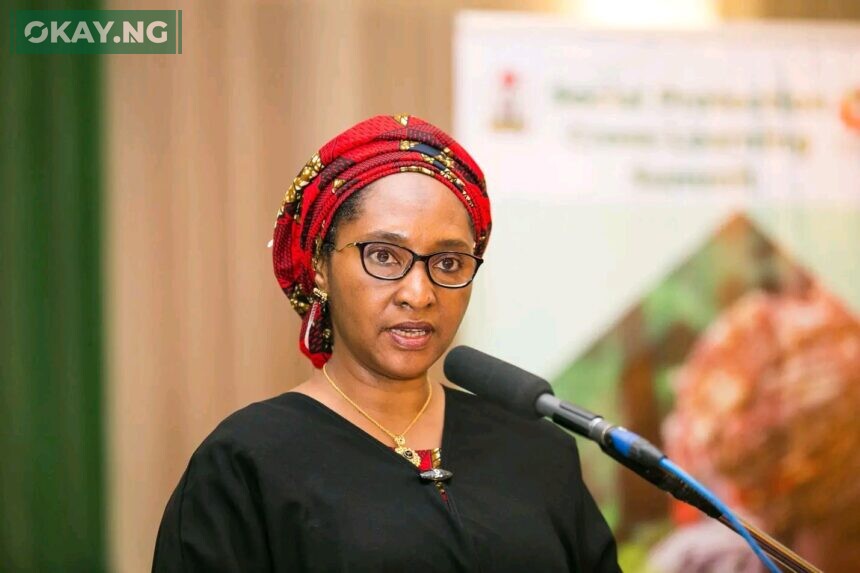 The Minister of Finance, Budget and National Planning, Zainab Ahmad has disowned the policy of redesigning the country’s currency on December 15, 2022.

The Minister said if implemented, the redesigning would portend great consequences for the nation and its economy.

Zainab who commented on the policy in response to question raised by Senator Opeyemi Bamidele, during the 2023 budget defence session, warned CBN of consequences that may arise from it.

Senator Bamidele who had in his question told the Finance Minister that barely two days after announcement of the policy by CBN, repercussion of it on the value of Naira to US dollar was being felt, said, ” Just two days after announcement of the policy , value of Naira to a US dollar has risen from N740 to N788 to a US dollar due to rush in exchange of starched Naira Notes for foreign currencies, particularly dollar.

“To me, the policy may be a well conceived one, but the timing going by realities on ground, is very wrong as the Naira may fall to as low as N1,000 to a US dollar before January 31, 2023 fixed for full implementation of the policy.”

While answering the question, the Minister said she is not aware of the policy but only heard of it from the media.

She said, ” Distinguished senators, we were not consulted at the Ministry of Finance by CBN on the planned Naira redesigning and cannot comment on it as regards merits or otherwise.

“However as a Nigerian privileged to be at the top of Nigeria’s fiscal management, the policy as rolled out at this time, portends serious consequences on value of Naira to other foreign currencies.

“I will however appeal to this committee to invite the CBN governor for required explanations as regards merits of the planned policy and rightness or otherwise of its implementation now.”

Recall that CBN Governor Emefiele had on Wednesday said that the apex bank would redesign the country’s currency from 200 Naira denomination to N1,000 notes.

Emefiele said the action was taken in order to take control of the currency in circulation just as he posited that the bulk of the nation’s currency notes were outside bank vaults and that the CBN would not allow the situation to continue.

According to him, the planned policy he added, was in line with Sections 19, Subsections a and b of the CBN Act 2007, upon which the Management of the CBN sought and obtained the approval of President Muhammadu Buhari to redesign, produce, and circulate new series of banknotes at N200, N500, and N1,000 notes.