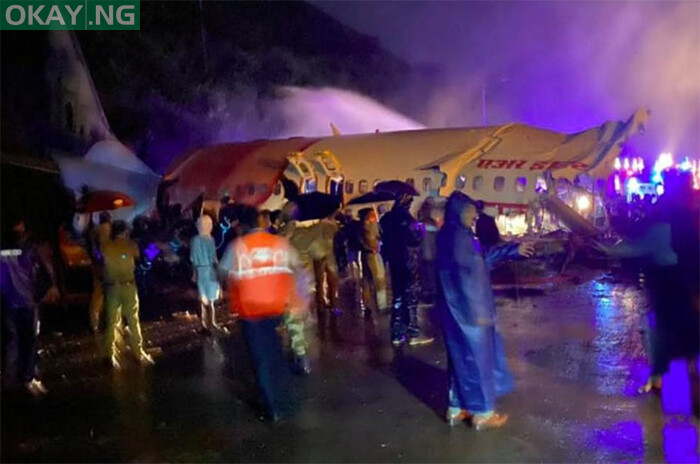 Fifteen passengers and a pilot have been reported dead after an Air India Express flight skidded off the runway at Calicut international airport in Kerala.

According to Indian media, the plane with nearly 200 people on board from Dubai, broke into two upon landing.

The incident happened around 19:00 local time (14:30 BTS) amid heavy rainfall in the region.

India’s Prime Minister Narendra Modi tweeted about the plane crash, saying he was pained by the accident.

“My thoughts are with those who lost their loved ones. May the injured recover at the earliest,” he wrote.

“My heartfelt condolences to the families of those who lost their lives following the crashlanding of #AirIndiaExpress flight at Karipur. My prayers for the speedy recovery of those injured,” he wrote on Twitter.

He said the government was taking all steps to rescue other victims.