President Muhammadu Buhari has continued his tour of major projects in Lagos state.

While on his tour of ongoing construction work at the Eko Atlantic City, Victoria Island on Friday, he also met with top British Model, Naomi Campbell.

The Eko Atlantic City Project, a planned city being constructed on land, reclaimed from the Atlantic Ocean. 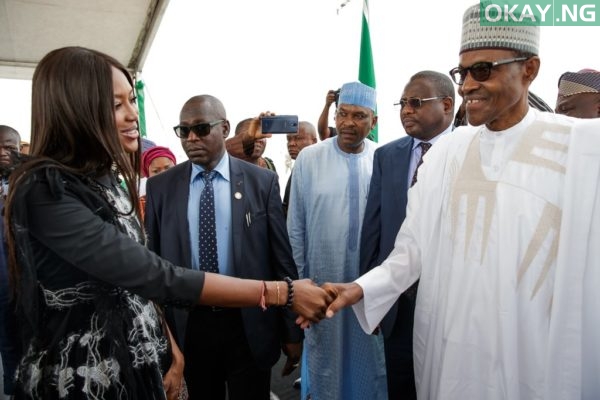 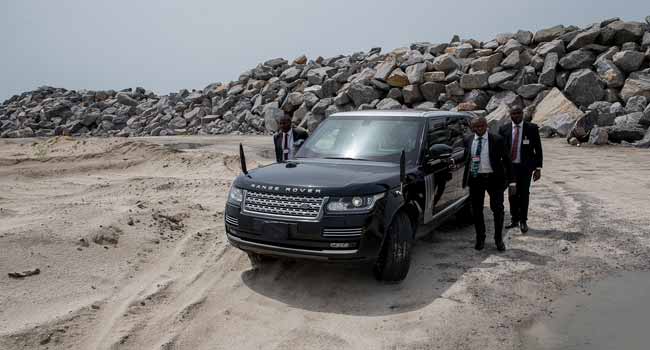 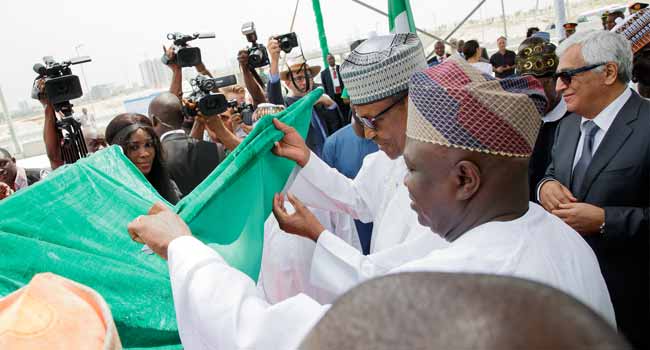 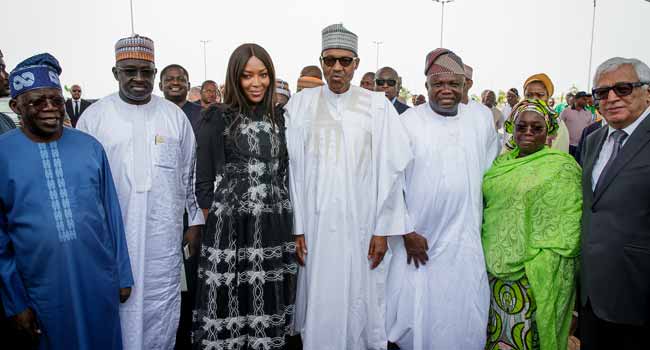