President Muhammadu Buhari Monday in Abuja received three young admirers in the State House, who have demonstrated high interest in his administration, and prayed for his recovery during ill-health.

Three-year old Maya Jammal, became an internet sensation when her videoed prayer for the President’s recovery went viral, while 10 year-old Aisha Aliyu Gebbi penned a personal letter to President Buhari describing herself as his “biggest fan’’. 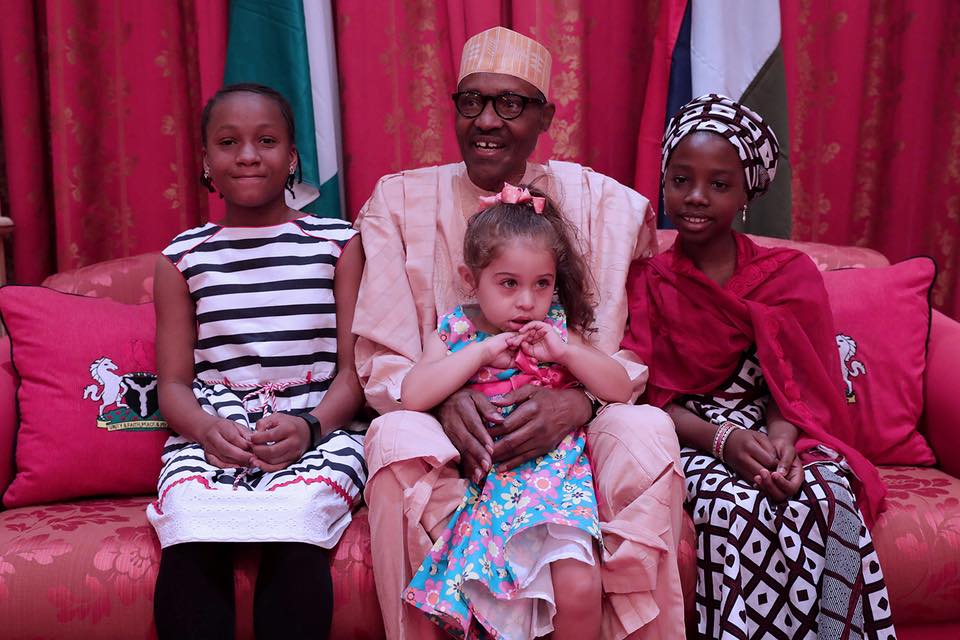 Nicole Benson, 12 years old, had contributed N5,785 to the President’s campaign in 2015, which was all saved up from her lunch allowance, pocket money and mystery tooth fairy gift.

“I am very impressed by what the children have been able to do,’’ President Buhari said, “I can see the little Maya is shy. I watched her video where she was praying for my recovery when I was ill.’’ 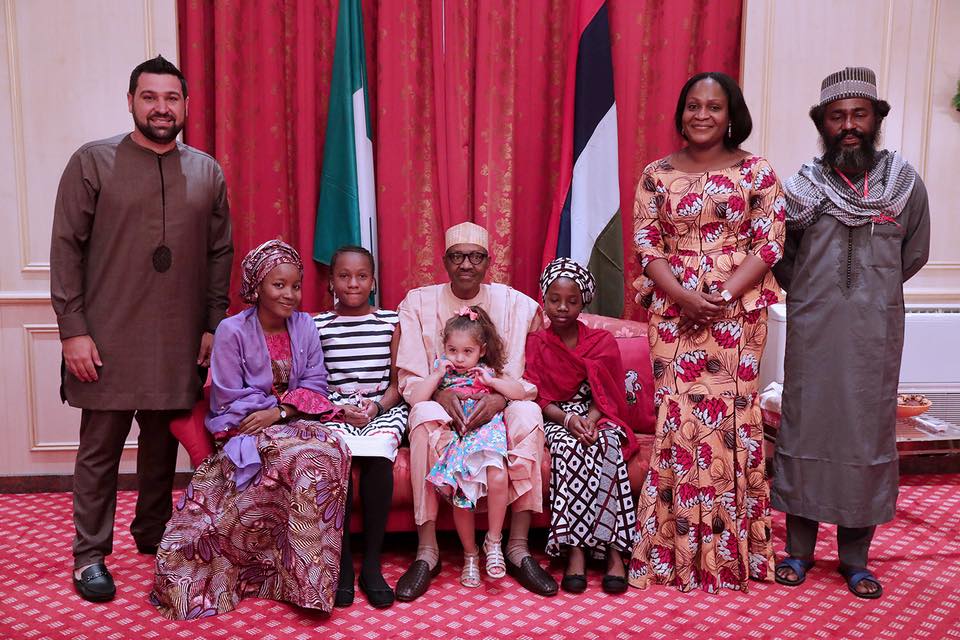 The President attributed his victory at the polls to the contributions of good hearted Nigerians, like young Nicole, who is from Lagos state, and showed her support by sending her personal saving.

“Nicole, I congratulate you, and myself for being here today. Your contribution made a great impact. As you can see, I am here in the Presidential Villa. Thank you,’’ he said. 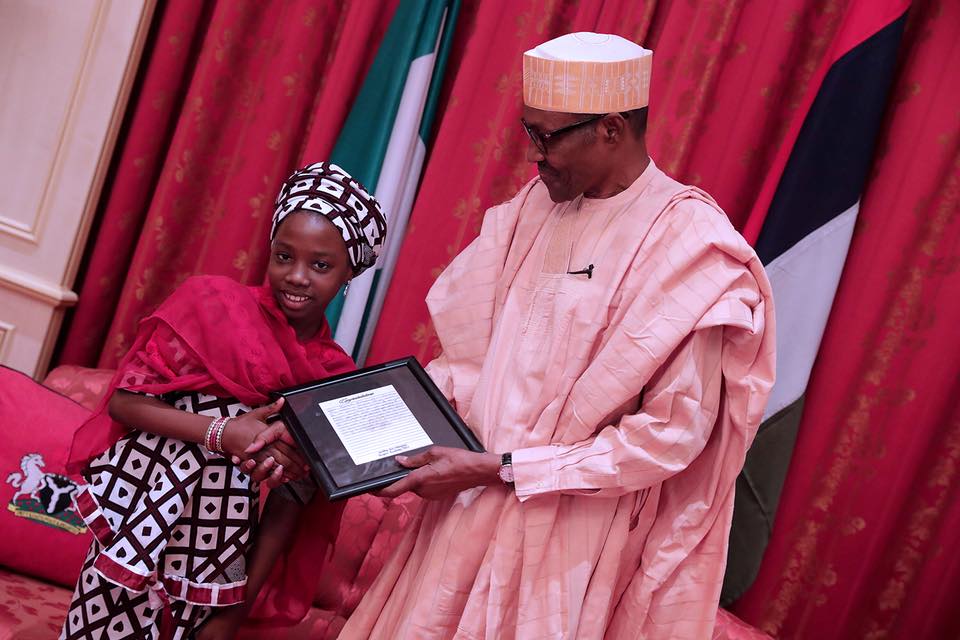 President Buhari told Aisha that her letter was heart-warming, noting that he felt re-assured knowing he had fans amongst the children.

“Thank you very much for the letter,’’ he said.

The President said he looked forward to more visits from the children. “I am hoping that it will not be the first and last time we will be meeting while I am here. We will continue to meet.’’

One of the parents, Hon. Aliyu Ibrahim Gebbi, said the President’s gesture of inviting the children to the Presidential Villa was a “dream-come-through’’ for the young ones. 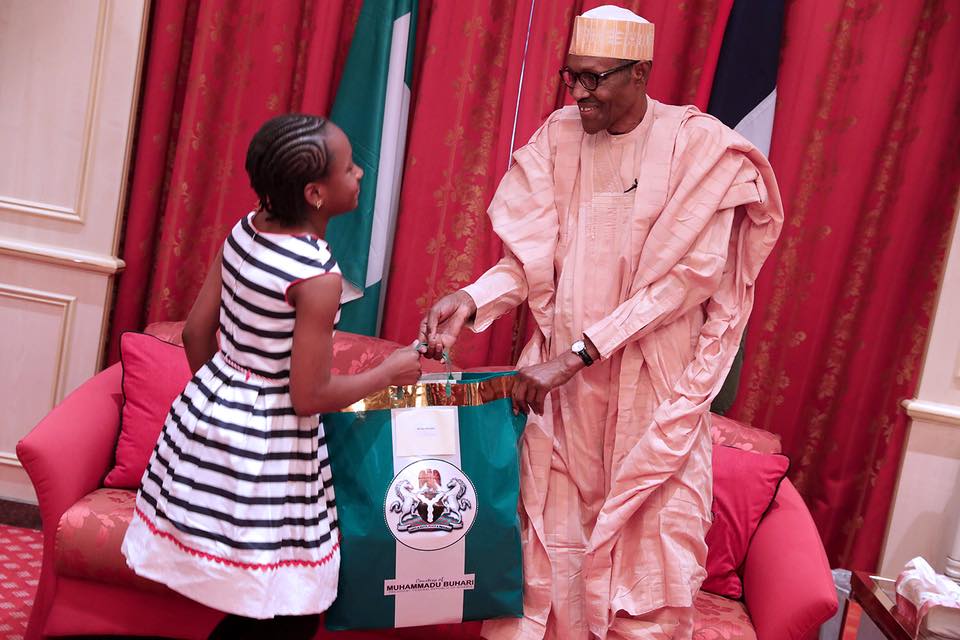 “In a nation with few legends and accuracy of truth, we look up to you, Mr. President, and our children are looking up to you,’’ he added. 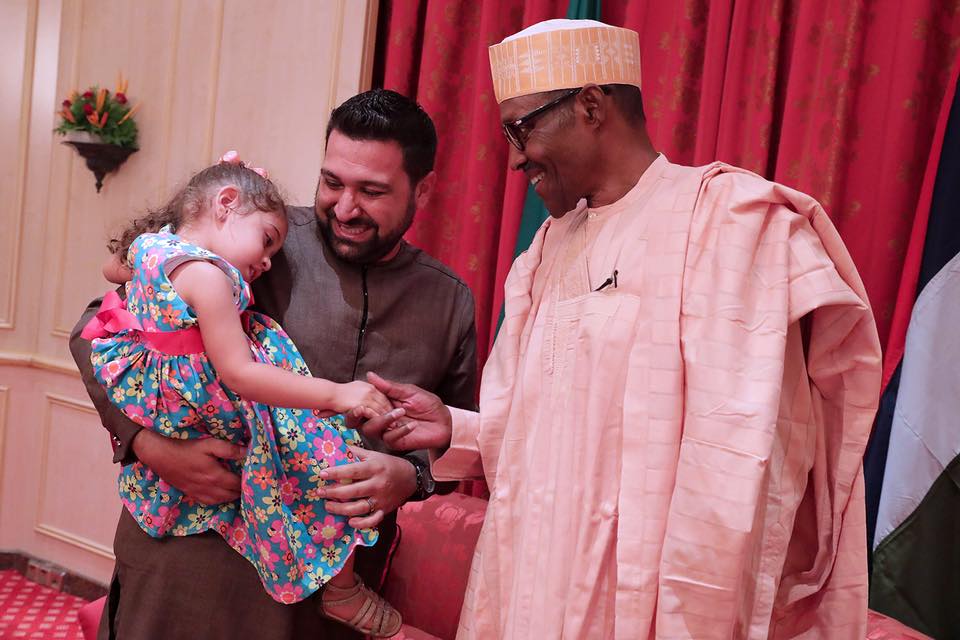 Maya lives in the FCT, while Aisha came in from Bauchi State.