The 20-year-old Malala, who was accompanied by her father, Yousafzai and other members of the Malala Foundation, arrived at the presidential villa at about 5.30 p.m.

The young female activist survived gunshots on her head by the Taliban for campaigning for girl-child education in Pakistan. 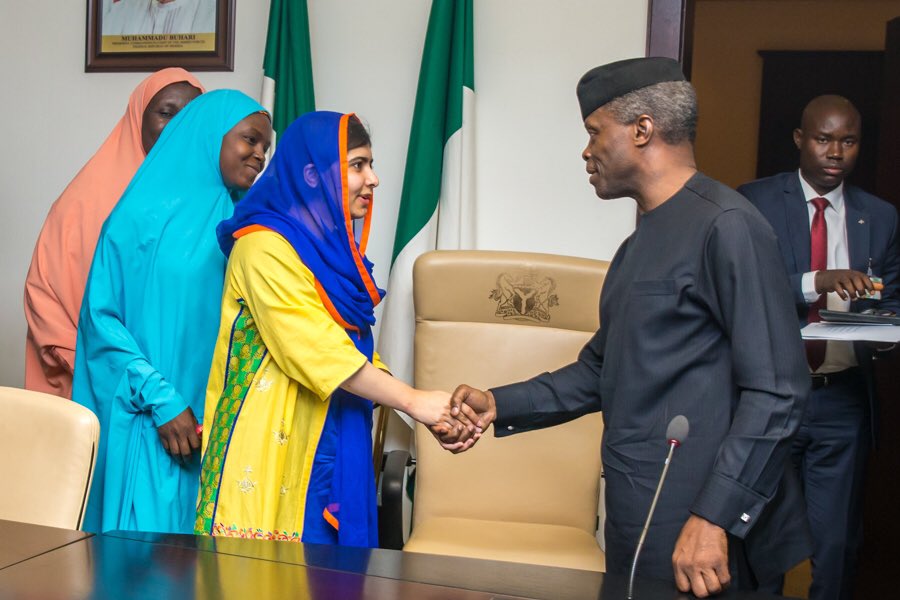 Speaking with journalists at the Villa, she said that she called for the state of emergency because education of boys and girls in Nigeria is very important.

She urged the Federal Government, states and local governments to work together and fashion out the modalities for the state of emergency. 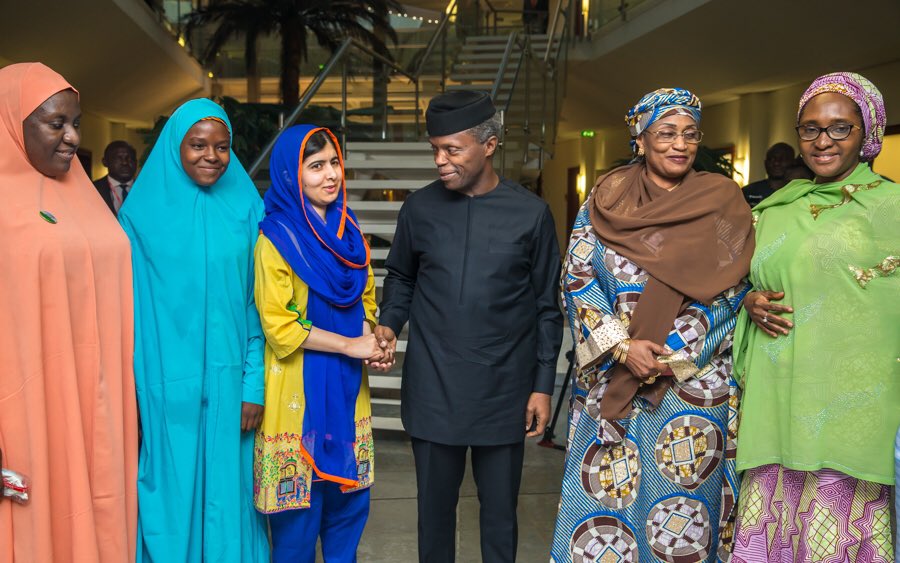 She said: “It was a very good meeting. We had a fruitful discussion with his excellency, the Acting President.

“I highlighted on the need to scale up education, that the government should declare a state of emergency in education because education of girls and boys in Nigeria is important. 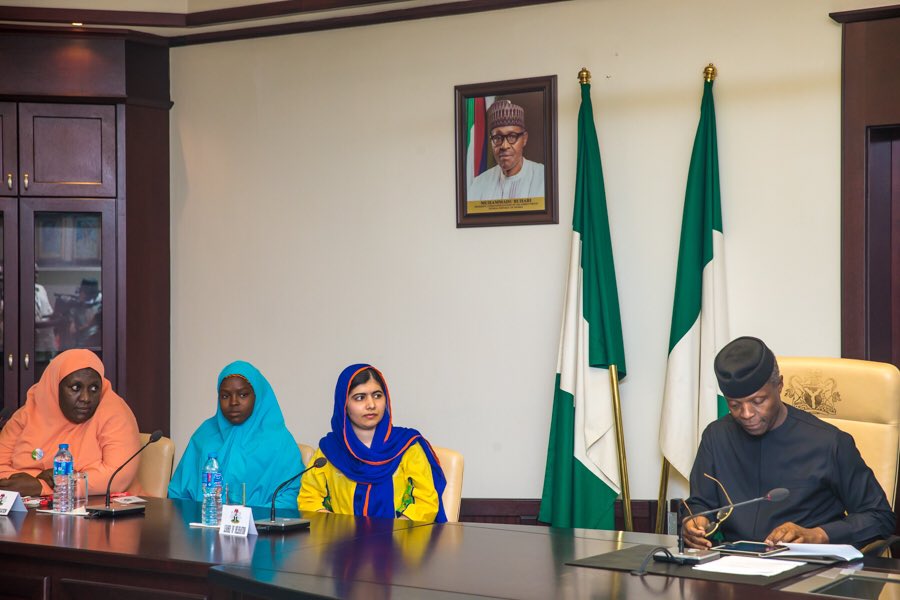 “The federal, state and local governments need to be united on this.” she added

According to her, she also spoke on the child right act.

“I’m happy to hear positive responses from the Ministers as well that they are ensuring that education is prioritised in every girl and in every boy and education in Nigeria is given priority.

“In the morning, I met Chibok girls and I was very happy at what the Honourable minister is doing to support the Chibok girls. I’m really excited to see them going back to their homes and to their families and continuing their education. But I hope the other girls who are still under abduction of Boko Haram are released,” she said.

She had visited Nigeria in July, 2014 where she campaigned for the release of Chibok schoolgirls who were abducted by Boko Haram insurgents.

During the visit, Malala met then President Goodluck Jonathan and parents of the more than 230 captured Chibok schoolgirls.