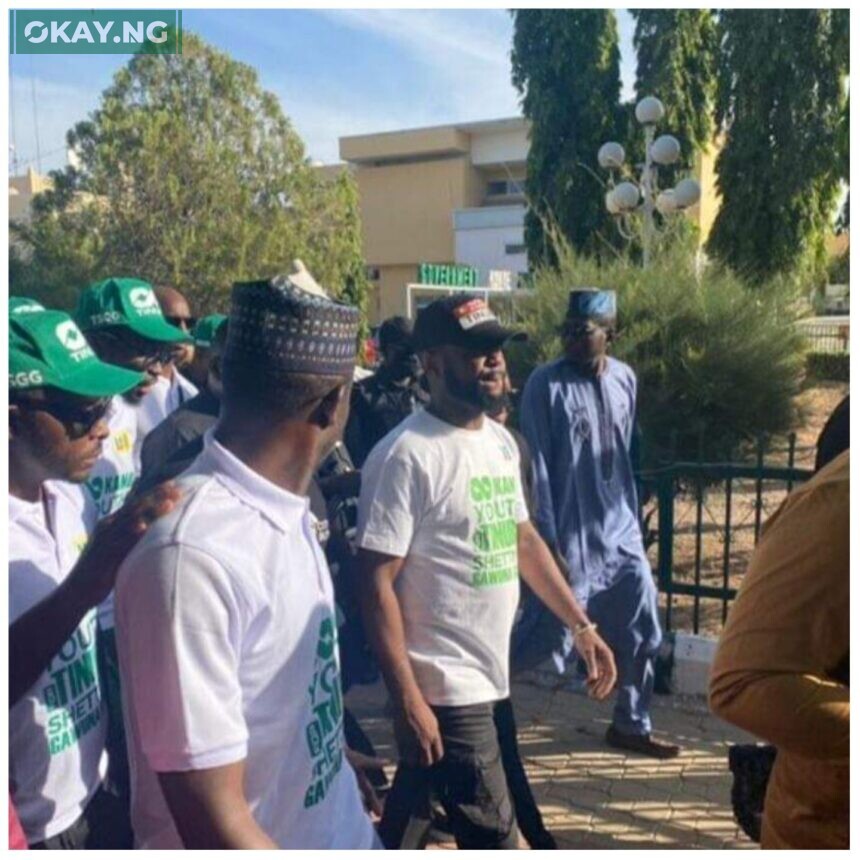 Seyi Tinubu, son of the APC presidential candidate, led the rally tagged ‘one million man PVC march’ aimed at sensitizing supporters of Tinubu to get their Permanent Voters Card, PVC.

Speaking at the rally, Kano State governor, Abdullahi Ganduje, said the rally was to show that Tinubu would have the highest votes in the state in February 2023.

Ganduje said: “We planned this one million PVC show walk to demonstrate that the state is for Tinubu.

“In Kano state, there is no crisis within the rank and file members of the APC and we are all united to work for the victory of our party in 2023.

“You can see that we promised one million PVCs show walk, but the event has turned to three million, a situation that indicated that the state is for APC’s presidential candidate in 2023.”

See pictures from the rally below: