The first ever gay Muslim wedding between 24-year-old Jahed Choudhury and 19-year-old Sean Rogan, has held in the United Kingdom.

It was gathered that the pair tied the knot in Walsall registry office, clad in traditional muslim outfits.

The duo revealed that they have been together for two years after Rogan met Choudhury crying on a bench in Darlaston.

Choudhury told Express and Star: “I’d not long overdosed and I was crying on a bench and Sean came over and asked if I was okay.”

The freshly married gay, further revealed that his partner, Sean, gave him hope at his lowest and has stood by him, since their first encounter. 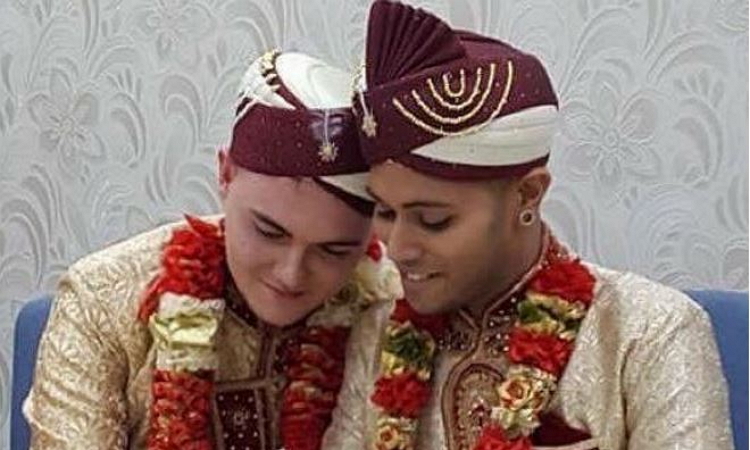 He further said that being a known gay Muslim, made him feel odd, adding that he ‘stood out like a sore thumb’ while he often felt trapped between his faith and sexuality.

Choudhury said that he tried to deny his orientation and even tried taking medication and a pilgrimage to Saudi Arabia and Bangladesh, but nothing worked. 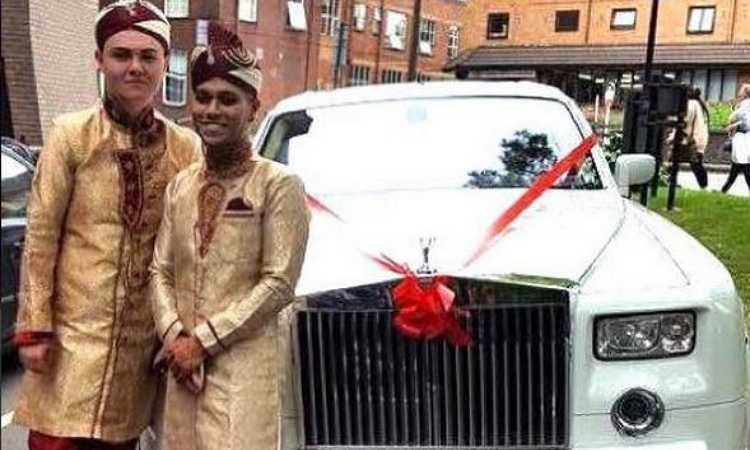 He hinted that although his family were absent from the ceremony, he believes the ceremony is significant for the muslims and LGBT communities.

In his words: “My family doesn’t want to come on the day, they just don’t want to see it, it’s too embarrassing for them.

Choudhury explained that some of his family members see his sexuality and happy relationship with Sean as a ‘disease’ or a phase.

Adding that, he wants to say to people going through the same thing “that it’s okay – we’re going to show the whole world that you can be gay and Muslim.”