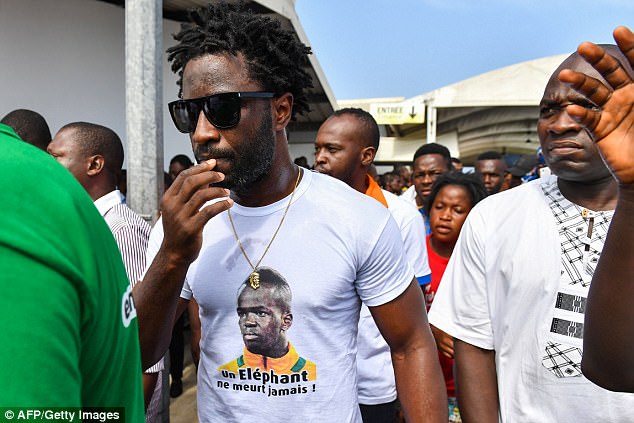 Tiote’s body arrived at Port Bouet airport in Abidjan, the Ivorian capital, after being flown from Beijing where he tragically passed away.

Manchester City forward Bony and other former team-mates of Tiote’s with the Ivory Coast national team carried the casket on their shoulders.

Bony wore a t-shirt emblazoned with Tiote’s face – which read ‘an elephant never dies’ in reference to the Ivory Coast national team’s nickname.

Family members displayed their grief as Tiote’s coffin was carried through the airport, where fans also came to pay their respects.

Tiote suffered a suspected heart attack on June 5 during a training session with his club Beijing Enterprises and later passed away.

There was a memorial service for him held in Beijing on Tuesday which was attended by his ex-Newcastle team-mate Papiss Cisse, who plays in China with Shandong Luneng.

‘I lived some extraordinary moments with this man and today he’s gone,’ said Cisse at the service as he fought back tears. 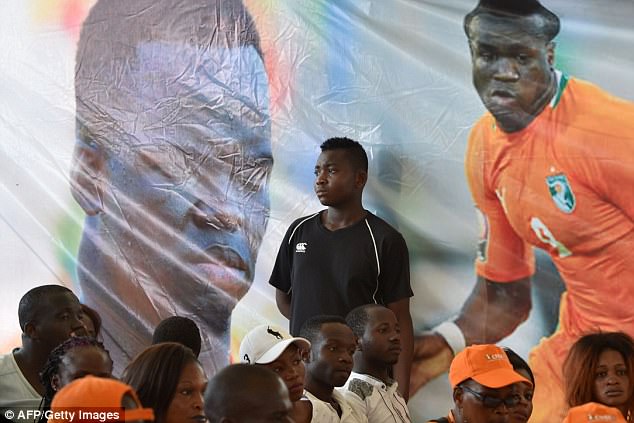 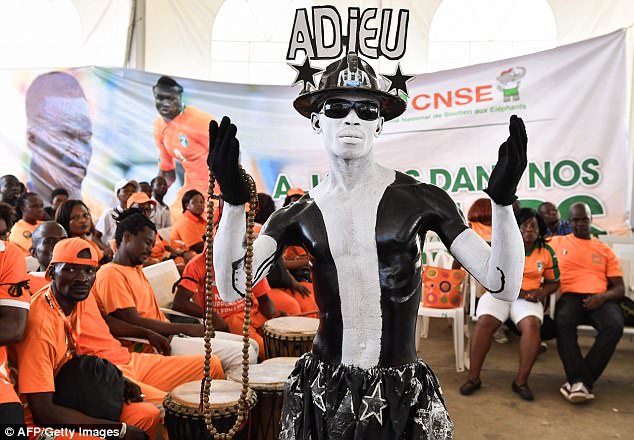 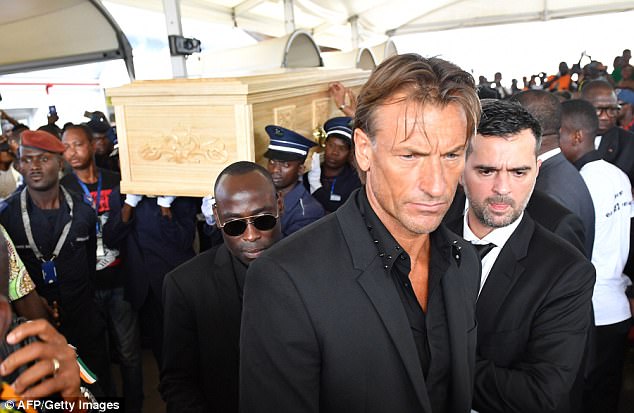 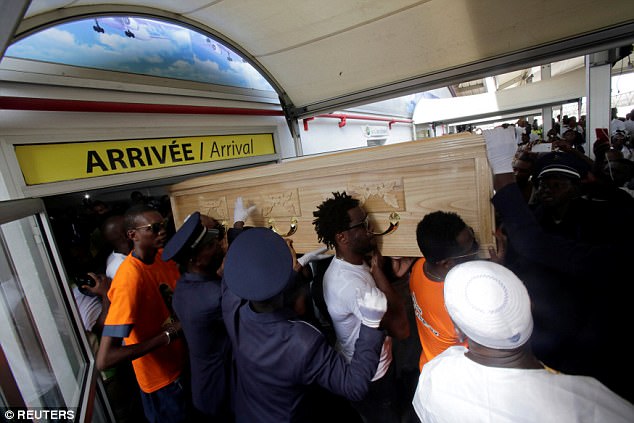 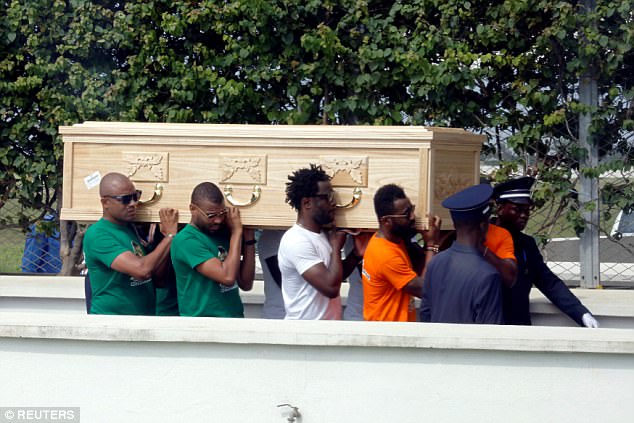