The National Pension Commission said it had released N86.7 billion to sacked workers of various companies who participated in the Contributory Pension Scheme.

PenCom Acting Director-General, Mrs Aisha Dahir-Umar, who disclosed this on Monday in Lagos, said the amount was for the settlement of 275,172 disengaged workers.

She said the figure represented the total paid from 2004, when the CPS came into effect, to June 2018.

Dahir-Umar also said the amount was about one per cent of the N8.23 trillion pension assets.

The acting director-general noted that loss of jobs in both public and private sectors have been on the rise since the recession because employers want to controlled expenses.

She said in order to fulfil its promise, the commission had allowed the sacked workers accessed 25 per cent of their pension contributions, especially if they were unable to get new jobs.

“The lean prospect of finding a new job after the loss of an earlier job was responsible for increase in demand to access 25 per cent of pension contributions.
Read Also: Buhari mourns as staunch supporter, Rev Moses Iloh passes away

“The PRA 2014 allows contributors, under the age of 50 years, who were disengaged from work and were unable to secure another job within four months of disengagement, to access 25 per cent of their respective Retirement Savings Accounts.

The acting director-general said in the second quarter of 2018 about 12,854 workers have been disengaged.

She, however, said the disengaged workers have been able to access N5.6 billion from the pension assets within the timeframe.

“Of the entire disengaged workers who accessed their pension contributions, about 93 per cent were from the private sector.

“Some of the beneficiaries invested the money in business ideas in order to be self-employed.

“Others used it to meet their more immediate financial needs,” she said. 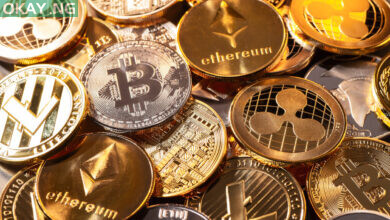