Residents of the ancient town of Ile-Ife, have been warned to remain indoors for the Oro deity to observe the final funeral rite for the late Ooni of Ife, Oba Okunade Sijuade.

The News Agency of Nigeria (NAN) on Saturday in Ile-Ife, Osun, observed that the palace town criers were going round the town announcing that residents, especially commercial drivers and motorcyclists should stay indoors between 7 a.m. and 6 p.m.

NAN reports that this will enable the Oro deity perform necessary rite for the departed monarch.

It was gathered that the Head of Oro Cult in Ife, the Awara of Iwara, Oba Layi Adereti had ordered the curfew, warning that anyone who flouted the order, irrespective of age or gender would face its consequences.

However, residents were apprehensive of the stay at home order as many of them rushed to the few available markets to get essentials that will last them for the day.

It would be recalled that major market places in Ife had been shut since last week Friday when the burial rites started.

Although, some markets in Mayfair and its environs have been in operation.

As a result of the curfew, some Heads of Departments in the Obafemi Awolowo University, Ile-Ife cancelled the continuous assessment tests for their students earlier scheduled to hold on Saturday.

Some students, who reside off campus, have been advised to remain indoors in compliance with the Oro cult order.
Also, hundreds of commercial motorcyclists, popularly known as “Okada riders” were seen on Friday distributing a hand bill to their colleagues, warning them against operating in Ife on Saturday.

The Vice President of the Okada Riders Association, Ile-Ife chapter, Mr Idowu Akamo, told NAN that the fliers became imperative because some members of the association were always busy and might not have heard the town criers while making the announcement.

He said that many of the residents as well as the Okada riders had thought the mourning period would end on Aug. 21, adding that many residents were surprised when they heard the stay-at-home order.

According to him, the Oro people should not be dared because the consequences might be disastrous, saying the association will not like to lose its members because of disobedience.

It would be recalled that the Oro cult had on penultimate Friday, after the inter-religious farewell service for the monarch in Ife, asked residents of Ife to stay at home from 4 p.m. till dawn for the next seven days in continuation of the final rites of the late Sijuade.

Many residents had respected the order and were thinking it had ended on Friday but got a shock when the curfew order came on Saturday. 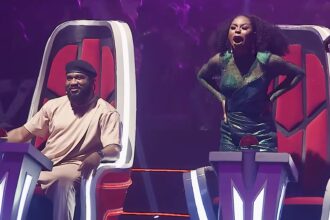 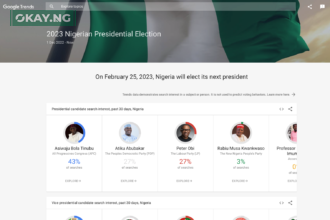