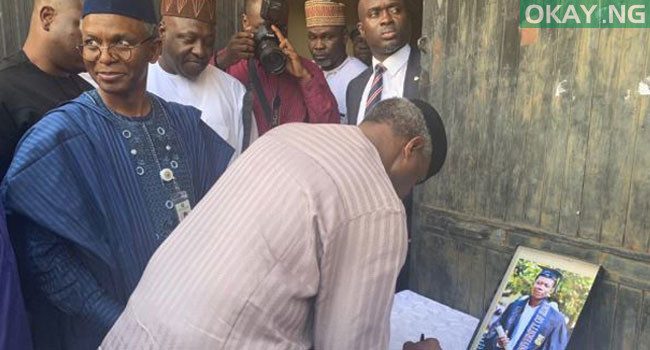 Okay.ng learnt that the vice president was accompanied by the Governor of Kaduna state, Nasir El-Rufai, Director General of the NYSC, Brigadier General Ibrahim Shuaibu, traditional rulers and other government officials. 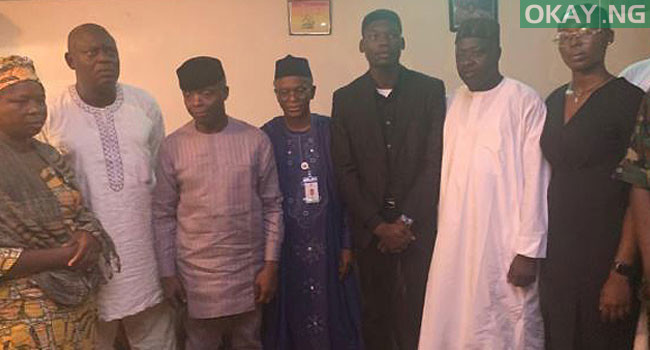 Osinbajo during the visit to the Owolabi’s family in Zaria, Kaduna state, urged them to “take heart”, adding that the loss of the corps member would never be forgotten.

VP Osinbajo now in Zaria meeting with the parents of late Youth Corper Precious Owolabi in their residence. Condolences pic.twitter.com/V0HMfB6FKJ