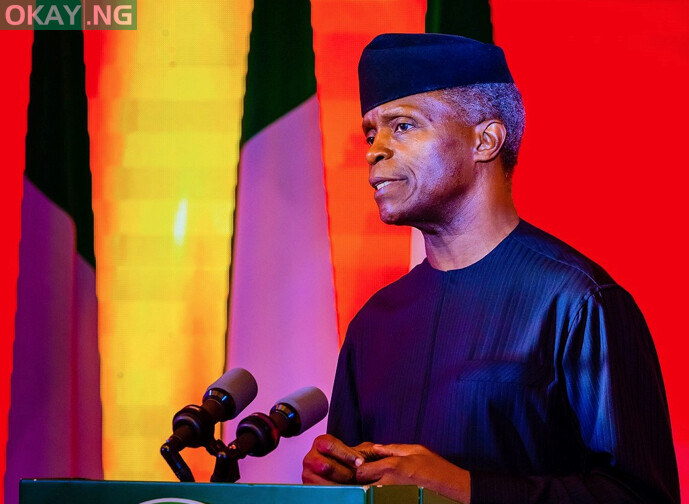 Vice Presídent Yemi Osinbajo advocates for more investments in Open Universities in the country and the improvement of the capacities of tertiary institutions.

He made the call at the 20th Convocation of the Igbinedion University, Okada, Edo. The vice president was represented by the minister of transportation Okay.ng sourced.

He explained that the expansion of tertiary institutions would accommodate more youths who constituted 70 percent of the country’s populace.

”The expansion will also improve and engender quality and healthy competition with foreign tertiary schools.

“Speaking in view of a nation wide perspective, we must invest in more open universities. We cannot overemphasize the need to expand the capacity of our tertiary education landscape, cost-effectively.

“According to the Joint Admissions and Matriculation Board (JAMB), in 2019, the carrying capacity across our tertiary institutions stood at 750,000 while no fewer than 1.9 million candidates apply yearly.”

The vice president said there was a need to encourage Transnational Education by deliberately attracting top foreign universities across the world to set up their campuses in Nigeria.

“This will enhance quality and engender healthy competition with tertiary institutions around the world,” he said.

Referencing the former Prime Minister of the Republic of Guinea, Osinbajo said it was no longer news that “the world is a Global village” and that universities across Africa must align with international best practices.

According to him, this will help to deliver standards and qualitative education to students. And anything short of this will make our continent uncompetitive.

The vice president said that the tertiary education sector like other industries had several governing bodies and agencies dedicated to ensuring that quality and standards were maintained.

He then called on the governing bodies and agencies to efficiently contribute their quota toward ensuring world-class tertiary institutions were well operating in Nigeria.