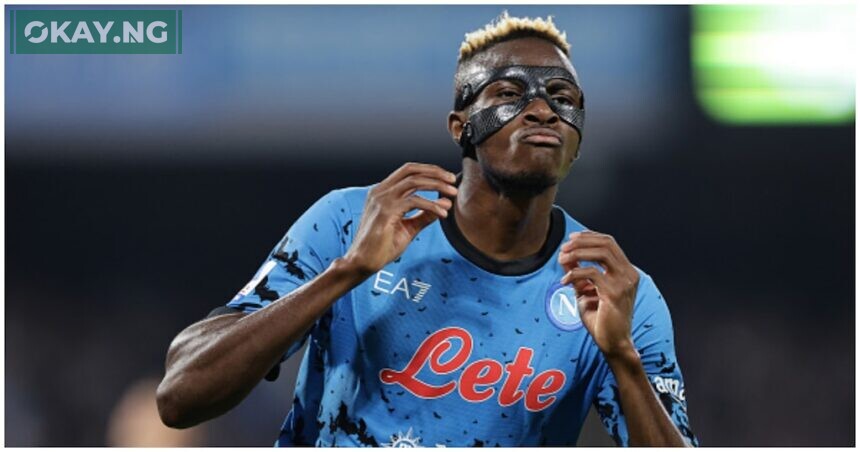 Ngeria international Victor Osimhen has emerged as the top young participant of the year 2022, reviewing the most sought 2022 Globe Soccer Awards for his skillful performance this season.

The award happened at the Madinat Jumeirah in Dubai on Thursday, three days before the start of the FIFA World Cup in Qatar Okay.ng learnt.

The three finalists for the ‘Emerging Player Of The Year’ in Dubai and the Nigeria Osimhen, Gavi and Valverde international has beaten the Barcelona and Real Madrid midfielders.

Osimhen hasn’t stopped since he returned from the injury. The Nigerian forward is unstoppable and represents Napoli’s added value.

The 23-year-old Napolis striker, who joined the Serie A leaders for a reported €75m fee in September 2020, has been in the form of his life and has been rated Napoli’s best player of the season and perhaps one of the best in the Serie A games.

In line with his performance at Napoli, the Italian side are one of the most exciting teams to watch in Europe and top Serie A with 41 points, and 37 goals in 15 games. They put four past Liverpool in the Champions League and scored 20 goals in the group stats records so far.

He has also been nominated for the Serie A player of the month for November.