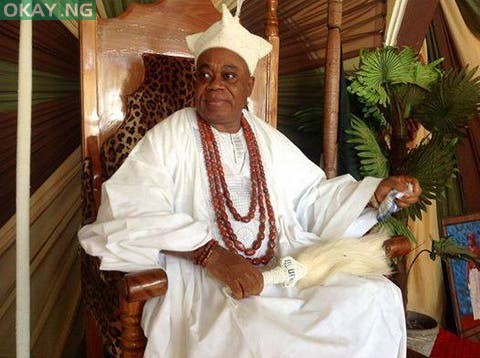 First Class traditional ruler of Ifon, the Olufon of Ifon in Ose Local Government Area of Ondo State, Oba Israel Adeusi, has been killed on Thursday by suspected kidnappers.

The traditional ruler, who was returning to Ifon from Akure after a meeting, ran into the barricade of the kidnappers along Elegbeka area when the incident happened.

It was gathered that his driver attempted to maneuver his way to avoid the kidnappers when they shot at his vehicle.

Oba Adeusi was said to have been hit with bullets and was rushed to the Federal Medical Centre, Owo, where he was confirmed dead.

When Okay.ng reached out to the state Police Public Relation Officer (PPRO), Tee-Leo Ikoro, he said the command had been trying to get in touch with the Divisional Police Officer in the area to confirm the incident.