The Red Devils will play six pre-season matches against Perth Glory and Leeds United in Australia.

Inter Milan in Singapore, Tottenham Hotspur in China and AC Milan in Wales.

The sixth pre-season will be staged in Norway, against Kristiansund BK, according to the club’s official website. 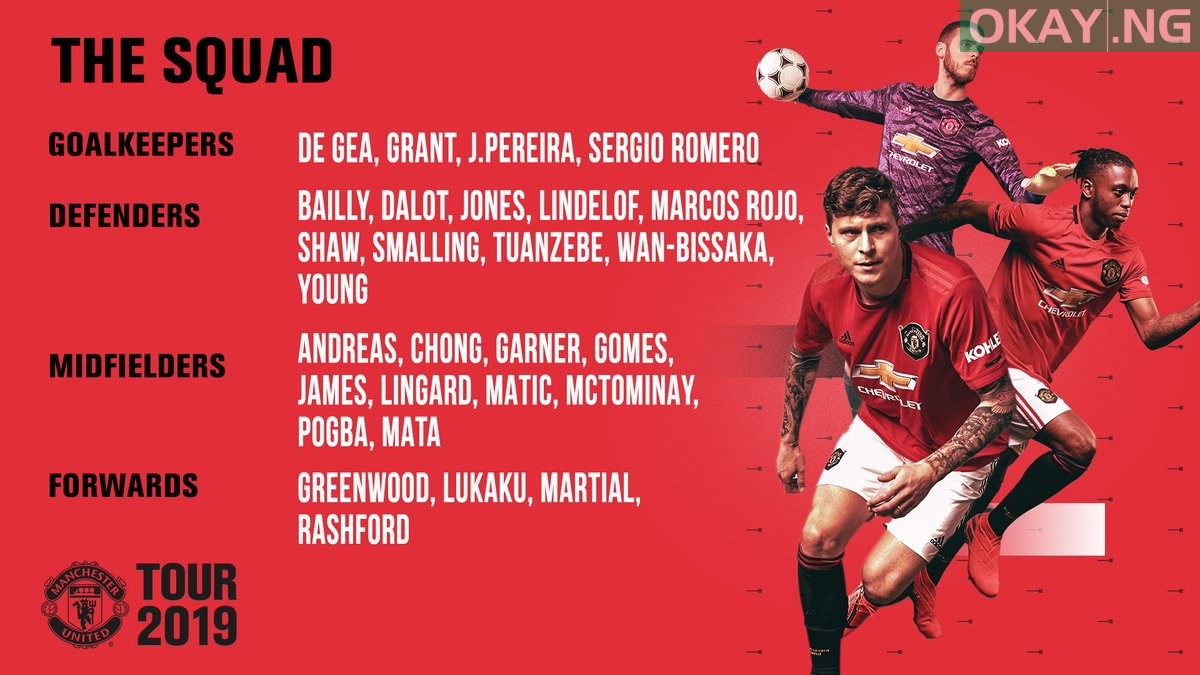 Meanwhile, Argentina defender Matteo Darmian and Brazil Midfielder Fred will join the tour at a later date due to family reasons.