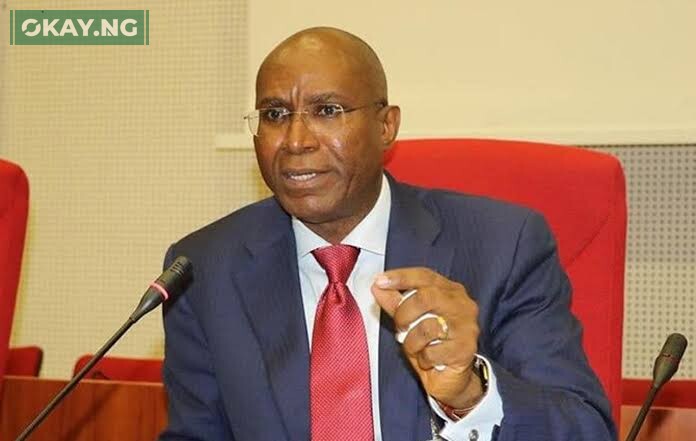 Omo-Agege declared at the Saint Jude Catholic Church, Effurun, near Warri, where he dedicated his governorship campaign to God and sought divine protection for victory in the polls, that he decided to begin his campaign with prayers in line with Jesus’ teaching of starting and ending any project with prayer.

Director, Communications and Media Strategy of Delta APC Campaign Council, Ima Niboro, in a statement, stated: “Senator Omo-Agege asserted that his motivation to contest the governorship election was the level of misgovernance of Delta state by the Gov Ifeanyi Okowa led PDP administration.”

“He said he is aware that the race was not going to be easy, but is certain that with God, all things are possible.

“Senator Omo-Agege disclosed that he picked Rt. Hon Friday Osanebi as his running mate not only for his political credentials and experience, but also to bridge the gap with the younger generation that would bond better with him.

“He thanked God for uniting the APC as one solid bloc for the oncoming elections at various levels, and said the party is poised to win and make Delta state move forward again,” the statement added.

In his homily, Rev Fr (Dr) James Urien of St Paul’s Chaplaincy, Abraka, described Luke 4: 18 in the bible as where Jesus presented his ‘manifesto’ before commencing his ministry on Earth.

Quoting the scripture, Father Urien said: “The spirit of the Lord is upon me, for he has anointed me to bring good news to the poor, proclaim release to the captives, give sight to the blind and set free the oppressed.”

He said everything Jesus promised in his ‘manifesto’ , he accomplished, stressing that Jesus did not give false hopes to the people, rather, he made himself a hospital by healing the sick, provided food by being the bread of life and was poor to make people rich.

“As you begin your campaign, remember that God is the sovereign leader from whom all powers flow. People in government must learn to act as God’s agents who will bring succour to the people.

“Leadership must be people oriented and focused on directional governance for equal opportunities to all. Be truthful, sincere, honest,humble and prayerful,” he said.