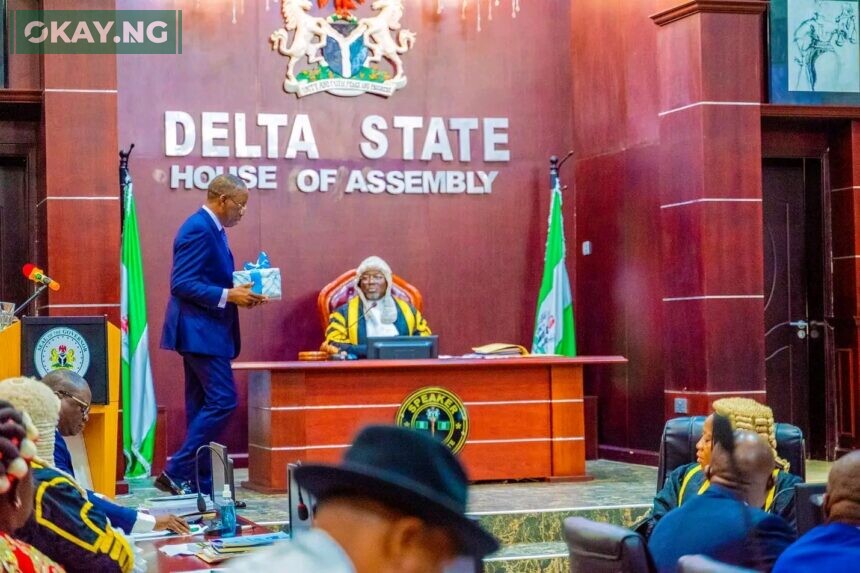 Governor Ifeanyi Okowa and Vice-presidental candidate of the Peoples Democratic Party (PDP) in the 2023 elections has presented a N561bn budget to the Delta State House of Assembly for 2023.

In his presentation, Okowa said the budget would be funded through federal allocation, Internally Generated Revenue and receipt from other sources.

He said; “The review of our performance in the outgoing fiscal year constitutes a good background for the presentation of what we have outlined to achieve in the incoming fiscal year. It is our expectation that all spending proposals for the 2023 budget must be guided by the principles of fiscal discipline, transparency, accountability, and prudent utilisation of scarce resources.

“It is important to emphasize that the 2023 budget is targeted at strengthening the achievements made by this administration since 2015. We intend to maintain our policy thrust of prudent management of resources, budget discipline, observance of due process, ensuring good value for money, completion of ongoing projects, provision of basic infrastructure, general increase in agricultural production, improving the livelihood of those in the lower rung of the economic ladder and enhancement of Internally Generated Revenue.”

Others, according to the governor, include general increase in agricultural production, improving the livelihood of those in the lower rung of the economic ladder and enhancement of Internally Generated Revenue.

The governor disclosed that in preparing the budget, macro-economic framework for the 2023-2025 Medium Term Expenditure Framework and the Fiscal Strategy Paper as well as the National Inflation consumer prices, the real GDP growth, derived from the National Bureau of Statistics and the Federal Government’s assumptions for the preparation of the 2023 Budget were considered.

Speaking during the budget presentation, Speaker of the House, Sheriff Oborevwori, commended the governor for the giant strides recorded by his administration in infrastructural and human capital development in the last seven and half years.

Oborevwori stated that Dr Ifeanyi Okowa’s model entrepreneurship development programmes have rescued many youths and women from unemployment and underemployment.