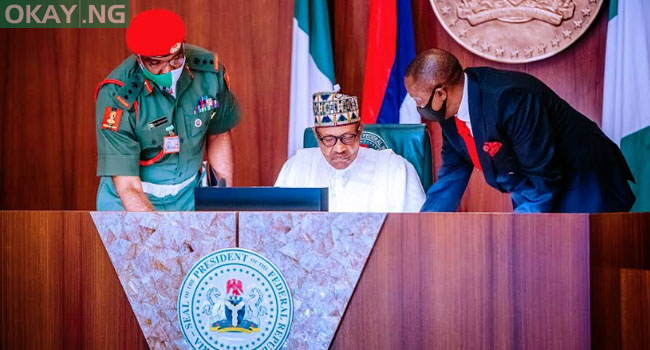 President Muhammadu Buhari has directed all security agencies in the country to rejig their strategies.

According to Monguno, Buhari gave this directive to address security challenges confronting some parts of the country.

In his words: “The President said to the Service Chiefs you are doing your best as far as I am concerned but there is still a lot more to be done. I am more concerned about the promise we made to the larger Nigerian society and I am ordering an immediate re-engineering of the entire security apparatus.”

“He has also directed that we must rejig our strategies both in terms of operations and intelligence; we must rejig our strategy to prevent further catastrophe. That we must bear in mind that we owe a duty that elected his government and at the end of the day, without securing the nation, all other things like revamping the economy and fighting corruption cannot be addressed.”

Furthermore, the NSA said, “Based on the marching orders given to us by the President form the last time till now, basically, these are operational matters that are best dealt with by the Minister of Defence.

“I know there is something he is working on which has led to this meeting being delayed slightly because it was actually supposed to take place before the Sallah break but I think one or two things have come up which I don’t want to disclose but I want Nigerians to be comfortable that something is being done since the last marching order.”