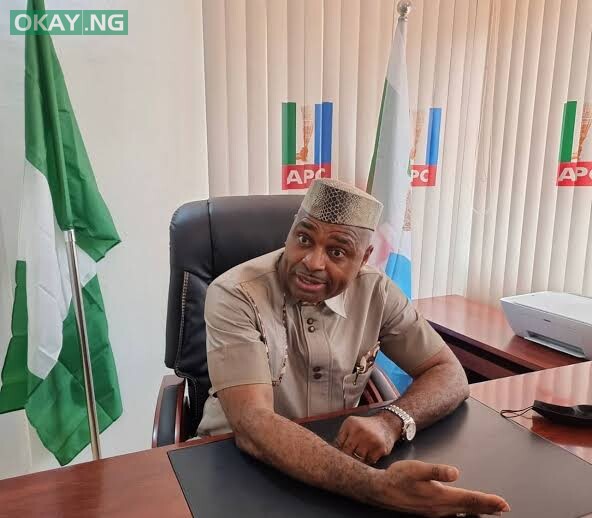 The veteran Nollywood actor made the announcement through a statement he tendered to the APC Chairman of Nkpunano Ward in Nsukka, Enugu State, on Monday 11th July 2022.

According to Mr Kenneth l, he had “joined the APC because of it’s Constitutional vow as true Progressives and Patriots, to eliminate all forms of discrimination and social injustice in Nigeria.”

He recalled that they had lived up to the Party’s vow in their ward by ensuring that the Chief Imam of an Army Barack Mosque was made an executive member of the Ward.

“Those ideals are now alien to the APC, with their unfortunate dccision to paint our Muslim brothers in bad light, by insinuating that the Muslims in Nigeria will not accept or vote for a Northem Christian as Vice-President to pair with a Southem Muslim.

“If Muslims could vote voluntarily for Southem Christian Presidents it is then a fallacy to
insinuate that they cannot accept a Northem Christian Vice-President.

“This will permanently destroy the political viability of Northern Christians in Nigeria, if allowed to stand. This is in addition to their failure to protect the lives and property of Nigerians, which should be their primary responsibility. The economy is also in tatters”. The statement read in part.

Prior to his resignation, Mr Kenneth was the convener of the Campaign for Equity and Justice in Nigeria, having served as a member of APC Presidential Campaign Council.