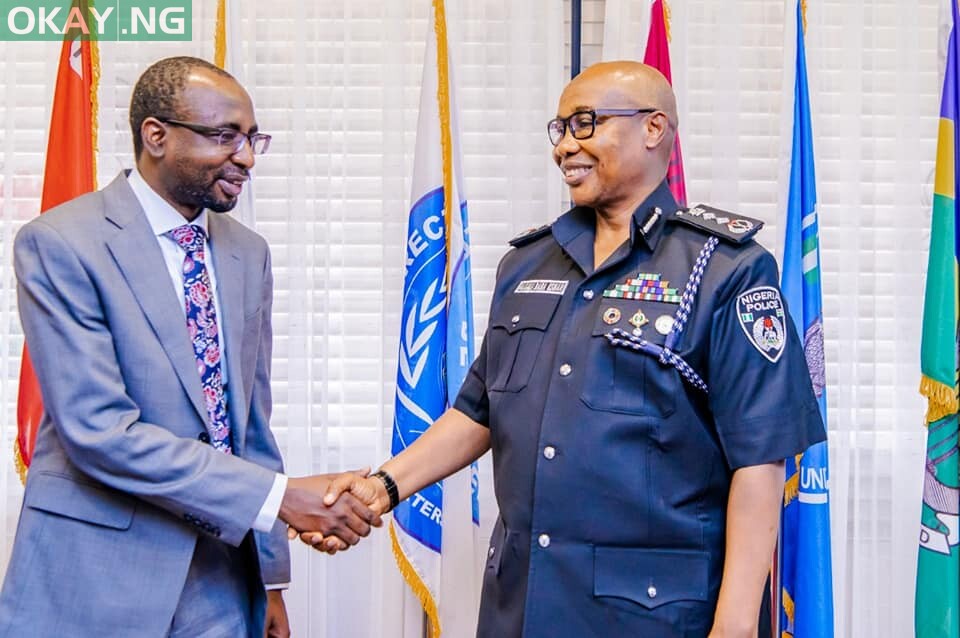 The National Information Technology Development Agency (NITDA) expressed willingness to collaborate with Nigeria Police Force to ensure that public and private organisations comply with the Nigeria Data Protection Regulation (NDPR), to protect citizens’ personal information, tackle menace of cybercrimes and encourage safer use of Internet amongst individuals, public, and private organisations in the country.

The Director-General, NITDA, Kashifu Inuwa Abdullahi hinted this when he led his management team to a courtesy visit on the Inspector General of Police, IGP Usman Alkali Baba, on Tuesday at Louis Edet House, Force Headquarters, Abuja.

Abdullahi said cybersecurity has become very essential in today’s world where the society is more reliant on digital technology than ever before; and the sophistication and relentless attacks of cybercriminals are incomparable. According to him, there is apparently no sign that this trend will slow down anytime soon. Therefore, there is need for the collaboration between NITDA and the Force to tackle the menace through ensuring that organizations protect the personal information of all citizens at their disposal.

The DG lamented that in recent times, private individuals, private organisations, government establishments, and even military and paramilitary have all been targets of these acts, mostly because there is high rate of data leakage on the internet.

“Reports from our cybersecurity monitoring platforms have indicated that activities of cybercriminals have increased exponentially; data leakage that can lead to identity theft are now being posted on social media and even auctioned for sale on the dark web. It is important to note that this is a global phenomenon, nations around the world are reporting increasing numbers of cyber espionage, BEC Scams, Identity theft, amongst numerous other cybercrimes,” he noted.

Abdullahi added that the borderless nature of the cyberspace has necessitated NITDA to be a step ahead of these cybercriminals, especially as the country begin to adopt digital economy, hence it is important that Nigeria build resilience against these threats to ensure trust in the system.

While commenting on laws that empower the Agency, particularly NITDA Act 2007, Abdullahi stated that NITDA is increasingly paying attention to cybercrime and cybersecurity, and this led establishment of NITDA’s Computer Emergency Readiness and Response Team (CERRT) to provide support for MDAs in tackling cybersecurity incidents through prompt awareness, cybersecurity tips, monitoring intrusion, leveraging trusted resources, and implementing a response plan for MDAs. He further stated that the Agency publishes Information Assurance Guidelines for MDAs towards ensuring that MDAs implement the minimum controls required to safeguard their information assets; and the enactment of Nigeria Data Protection Regulation (NDPR) that ensures that personal data of data subjects are protected. Also, that mechanisms are set in place to ensure that violations to NDPR provisions are appropriately investigated and appropriate sanctions applied. He appreciated the support offered by the Force by attaching    Officers to the NITDA Regulations Compliance Monitoring Team.

Explaining NITDA’s mandate on IT Project Clearance, the DG stated that the Federal Government Circular issued on 18th April 2006 specifically directed all MDAs planning to embark on IT projects to obtain clearance from NITDA. This was subsequently re-enforced by another Circular issued on the 31st of August 2018.

To reiterate the importance of NITDA’s role in IT Procurements in Government, during his speech at the e-Nigeria International Conference, Exhibition and Awards 2018, Muhammadu Buhari directed all Federal Public Institutions (FPIs) to ensure that their IT projects are duly cleared by NITDA and directed that defaulter should be reported to government for sanctioning.

Abdullahi also sought for the Force’s support towards ensuring that young Nigerians with genuine IT businesses are allowed operate and, where necessary, adequately support in carrying out their lawful businesses.

“The critical role of Start-ups in our journey towards a Digital Nigeria cannot be overemphasised. However, some Tech Start-ups have reported being harassed by some Law Enforcement Agencies, with some having their IT systems confiscated. This has negatively impacted on their business operations as well as the economy. NITDA maintains a database of genuine Start-ups with verifiable business ventures and duly registered with the Agency. Access to such a database can be granted to the Force when need arises,” he explained.

The IGP Usman Alkali Baba, appreciated NITDA’s visit to the corporate Headquarters of NPF and assured DG of the Force’s support towards realising the Agency’s mandate. He also reiterated the need for synergy and collaboration with NITDA, stating that no organisation can effectively operate without leveraging digital technologies and NITDA being the IT regulator in the country, is central to the activities of the Force.