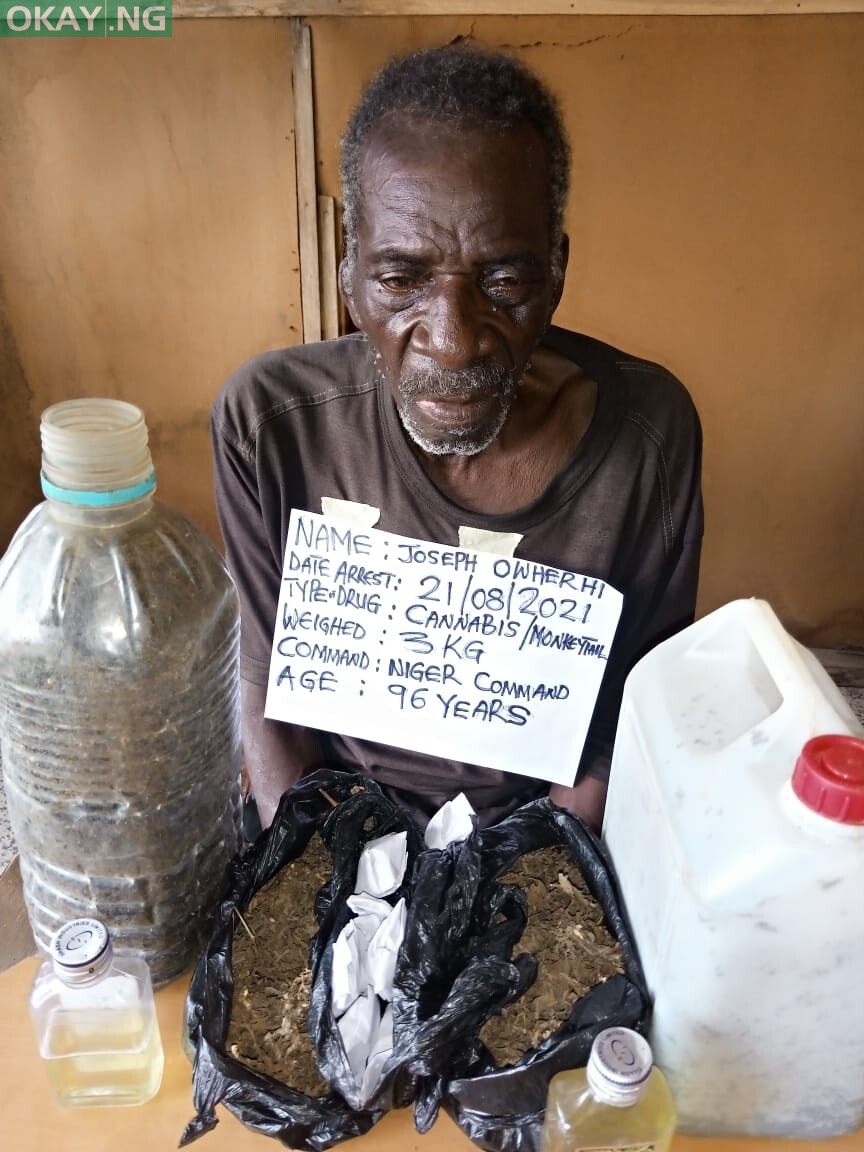 The operatives of the National Drug Law Enforcement Agency (NDLEA) has arrested a 96-year-old retired soldier, Pa Joseph Owherhi, in Suleja area of Niger state, for dealing in illicit drugs.

This was announced in a statement sent to Okay.ng by NDLEA spokesman, Femi Babafemi, on Tuesday.

According to Babafemi, “the Nonagenarian was arrested in his house at Rafin Sanyi area of Suleja on Saturday, 21st August, 2021 with three kilograms of skunk based on credible intelligence.

“In his statement, he confessed he has been living on the illicit trade since he retired from the military in 1982. He also claimed he has eight wives and 50 children.“