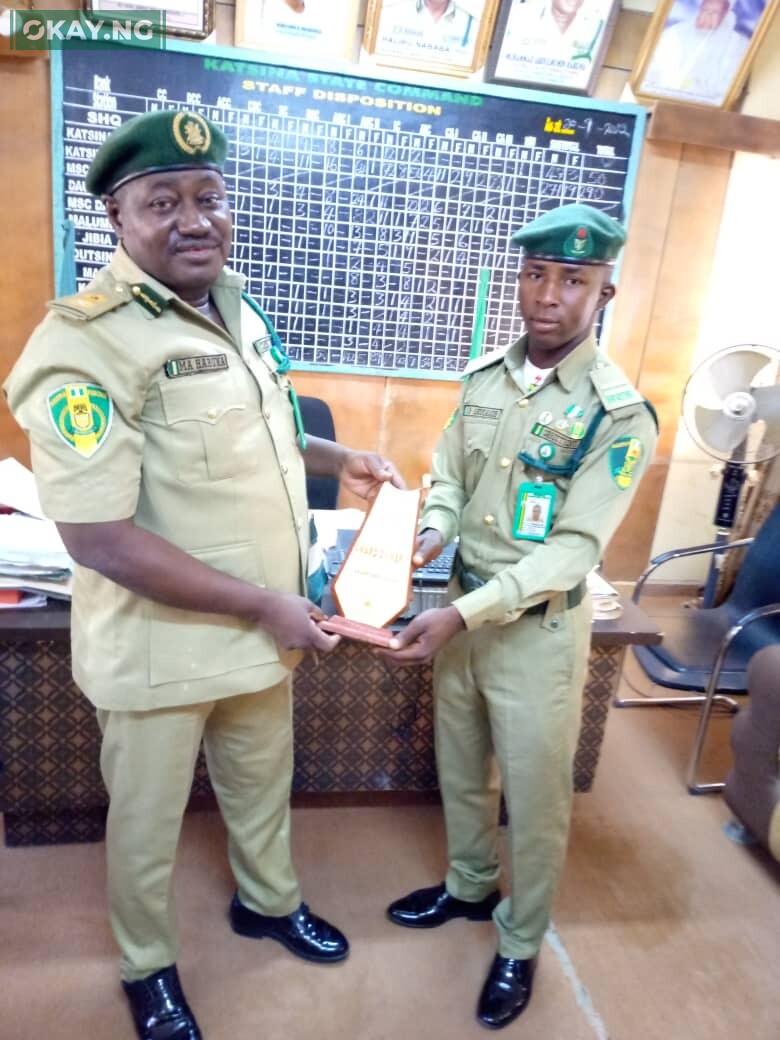 The Controller of Corrections Katsina Command Muhammad Abdulmumin Haruna has received and commended the diligence of CA ll Abdulkadir Bashir who received the award of best in parade drills during the six months Basic course at the Correctional Service Training College, Kebbi State.

Correctional Assistant Bashir was presented with the college award as a mark of recognition to appreciate his devotion to the management of the college. Similarly, Bashir was given a medal of best in parade by the State controller CC Muhammad Abdulmumin Haruna during their four (4) weeks induction course at state headquarters Katsina.

While addressing CAll Bashir and other course participants from the command who attended the course, the controller applauded their perseverance, self-control and maturity exhibited throughout the period of training. However, CC Abdulmumin advised them to use their newly acquired skills appropriately in order to ensure effective reformation, rehabilitation and reintegration of deviants back into society as law-abiding citizens.

Recall that, Katsina Command course participants had previously shown outstanding performances in their various courses. ASC Aliyu Tambai was awarded best in academics during his basic course, ASC Najibullah Idris was crowned best cadet in parade at CTCK Lagos, ASC Auwal Badaru Faskari who was First rate in leadership with his co-participant ASC Mufida Mansur who become the most well-behaved cadet at correctional staff college Barnawa-Kaduna. In addition, all of them were given a different award during their four weeks Induction Course at the State Headquarters Katsina by Controller Abdulmumin.

Moreover, the immediate past Command Public relations officer of the command SC Ibrahim Wada Ibrahim was also awarded a merit certificate for leadership in Social during the 5th DSC Development Course at the CTCK Lagos State.