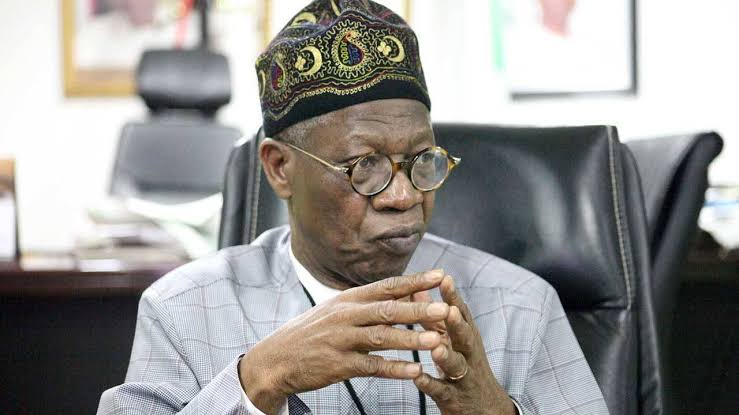 The Minister of Information and Culture, Alhaji Lai Mohammed, on Wednesday cried out over the N345 million capital expenditure allocated to his ministry for the 2023 fiscal year, describing it as grossly inadequate.

The minister who said this when he appeared before the House of Representatives Committee on Information, National Orientation, Ethics and Values, said the ministry needed adequate funds to be able to discharge its duties effectively especially as it concerns the general elections and the national population census in 2023.

He said the Ministry of Information needed adequate funding to be able to effectively showcase the achievements of President Muhammadu Buhari’s administration as the tenure winds down; counter the rising menace of fake news, hate speech and misinformation which he said, are threatening the existence of the country.

“There is no better time to have more money for the Ministry of Information than now. I don’t know what to do with it (N345m). I don’t know where to start from. We don’t know how to survive. If you expect so much from us, then, equip us with adequate funding”, he said.

He lamented that the capital expenditure of the ministry was slashed from N1 billion allocated to it in the 2022 fiscal year to N435 million in 2023 fiscal which he described as a very critical year for the ministry.

Mohammed, who equally lamented that the capital allocations of most of the parastatals under his ministry were slashed, appealed to the committee to jerk up the 2023 capital budget allocation of the ministry to enable it handle the enormous tasks it needs to undertake.

Chairman of the committee, Odebunmi Olusegun, who decried the low capital allocation to the ministry, adding that the Information Ministry needed to be empowered to carry out its functions effectively.

He said the budget of the Information Ministry in some states of the federation are far more than what the “whole country is proposing for the Federal Ministry of Information despite the very high responsibilities attached therein.”

Other members of the committee in their separate remarks described the capital allocations to Information Ministry as grossly inadequate and “totally unacceptable.”