Nigerian rapper, Olamide Adedeji, simply known as Olamide, has announced that his next album titled ‘Unruly’, might be his last.

The singer made this disclosure via Twitter while announcing that the forthcoming album is 95 per cent ready.

Olamide wrote: “Next Album ‘Unrul’ 95% ready. Release date, I don’t know. Taking my time to make it the best ever.

“Probably my last album, though I’ll drop singles once in a blue moon when I feel like it. It’s been a mad ass run! Giving albums back to back.”

In March 2021, the rapper announced that he was done working on another album. On April 18, he announced the album UY Scuti, which was released on June 18. 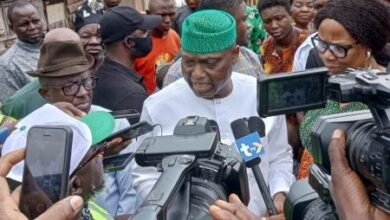