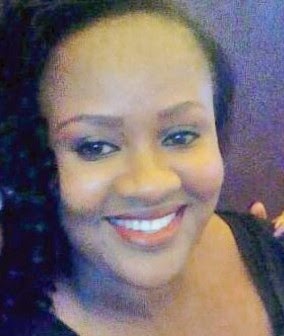 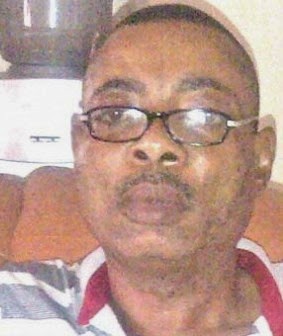 The Lagos state Police command is currently investigating circumstances that led to the gruesome murder of a 35 year old mother of 4, Mrs. Martha Ifeoma Ifewulu pictured left, in her home at Oke-Afa, a suburb of Ejigbo Local Council Development Area of Lagos State on Monday, Dec. 1st.

According to Sunday Sun, Mrs Ifewulu, a business woman, was found lying on the staircase of her home in the pool of her blood by her young children who just returned from School.

Narrating how he got to know of his wife’s murder, bereaved husband, 52 year old Chief Law­rence Ugochukwu Ifewulu (above), said he was still in shock and does not know how and why his wife was murdered

“Up till this very moment, I can’t just imagine that this actually happened. But, actually, it happened. On Mon­day, 1st December, we had our morning devotion and rejoiced that we were able to make it to December as a family. That morning, I was not really feeling fine and I thought of going for a medical checkup. I even jokingly asked her to go to the laboratory with me, but she declined because she wanted to go to Trade Fair to buy some things. So, I left the house around 10:30am. Even as I am talking to you now, I have not even gone for the result of the test because I left the laboratory around noon. When I wanted to leave the laboratory, I tried to call her to tell her I was leaving for the office but she did not pick the call. I kept calling her line up till 3pm but there was no response. I even got very annoyed wondering where she must have kept her phone.

Get­ting to my office, after the usual traffic jam along the road, I got a call from one of our tenants, a woman. The woman was just crying and telling me to leave whatever I was doing and rush home. I asked her what happened, but she only said I should start coming immediately. I had to call one of my staff to drive me home because, due to my condition, I couldn’t even drive. Getting home, I could not imagine what I saw. I was told that when the children came back from school around 3:30pm and opened the door of the staircase, they just saw blood flowing down from the staircase. One of my girls tried to go upstairs and that was when she discovered my wife’s corpse and then raised the alarm. Neighbours came to the scene.

It was when I got in around 5pm that I asked what happened. The chairman of our estate was the one that called the DPO of Ejigbo Police Division and informed him about the incident. The police came down within 30 minutes of getting the news. They went round, took pictures, and took away all that was at the scene as exhibits. Her wristwatch, wedding ring (which must have fallen from her hand when strug­gling with the killers), phones and everything else, were intact. Even her phone kept ringing”.

“I run my business all alone, and I can’t recall having any issue with anybody either in business or on the street. What will bring about such? If it is a matter of losing money that can cause a quarrel between me and anyone and I would just forget about the money. The arrangement we had that morning was that she would stop over at her shop and get some money to buy goods at the Trade Fair complex” he said

Asked whether his wife had any problems with anyone, Mr Ifeluwu said

Speaking on the incident, the Police Public Relations Officer for the Lagos State Police Command, Mr. Kenneth Nwosu, said a full scale investigation has been launched on the matter and that the case has now been transferred from the Ejigbo Police station where it was first reported to the State CID headquarters at Panti, Yaba.

“A crime has been committed and the police have a duty to thoroughly investigate it,” Nwosu said.