A Week after Miss Honduras was murdered, her stylist Luis Alfredo Garcia, has also been found dead in his bath.

Report had it that the late stylist for the late Miss Honduras was reportedly tied up before been stabbed severally in the neck.

However police have launch investigation into Mr Garcia death after it was report revealed that nothing was taken away from his apartment.

The alleged killer of Miss Honduras and the sister Plutarco Antonio Ruiz a notorious Narco-trafficking kingpin has been issued a formal processing order from the judge in San Pedro Sula.stylist

The grieving family of miss Honduras and the sister are planning to flee the country in fear of there own lives. 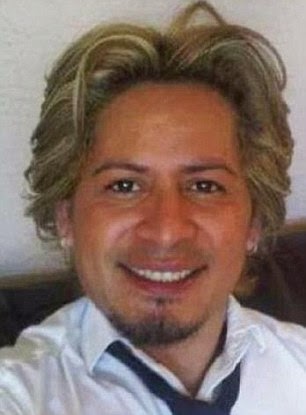 The beauty queen’s mother, Teresa de Jesus Munoz, and her eldest daughter Cory Corina, are hoping to submit their application for political asylum in the United States this week, the mother and daughter said they are ‘fearful’ violent Ruiz could send his gang after them if, as expected, he is transferred to a high security jail following his first court appearance tomorrow.