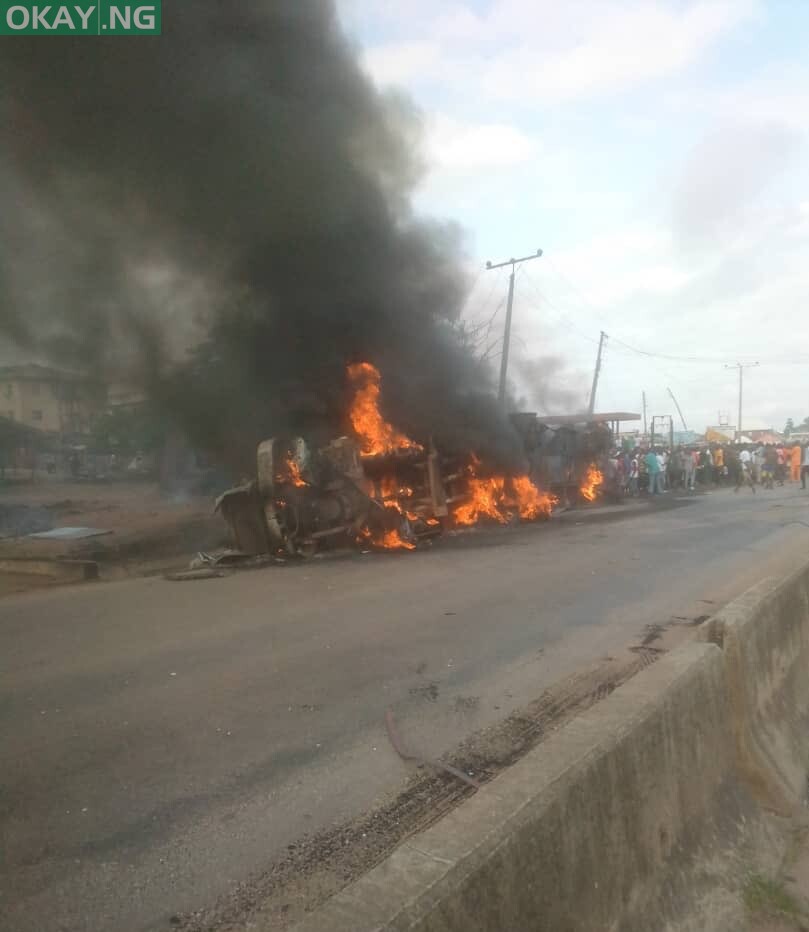 Many people are feared after a tanker conveying petrol exploded in the early hours of Wednesday in Felele the outskirts of Lokoja, Kogi State.

According to reports, the inferno burnt over 40 people were most of them are Kogi State Polytechnic students, school bus conveying primary and secondary school students, residents and passers-by.

It was gathered that a family of five including three children and they are parents were affected which has led to the closing down of the Baptist college Lokoja which is the school of the students.