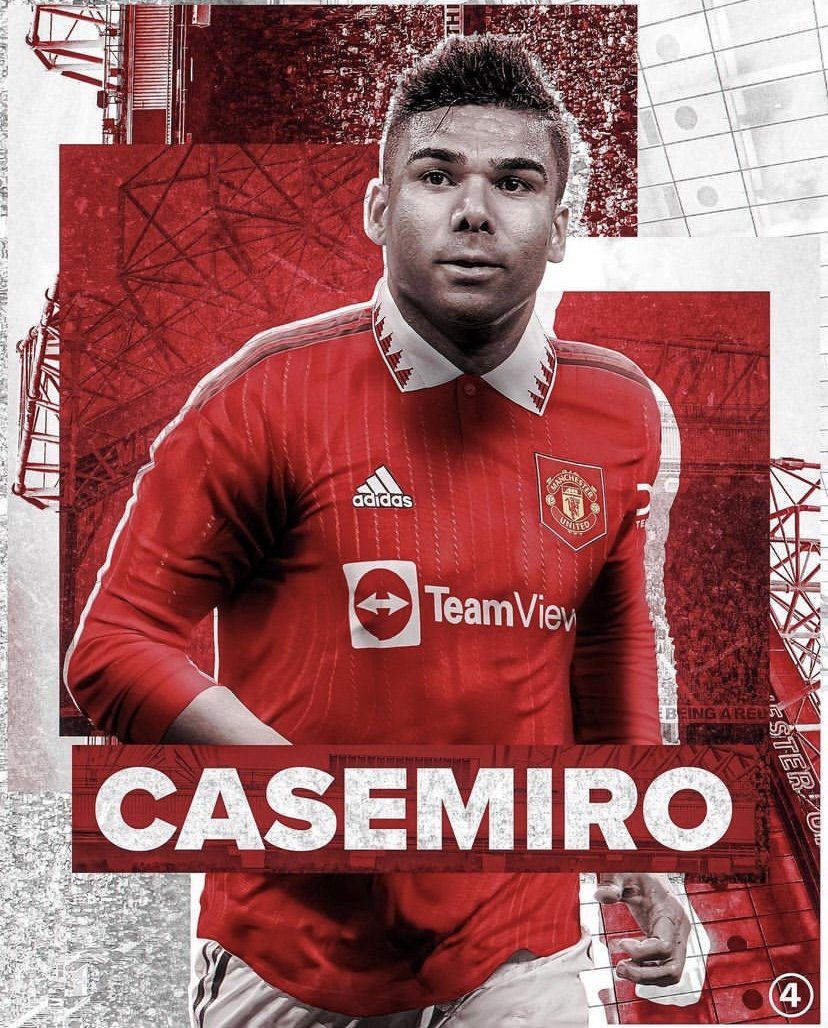 Okay.ng reports that the Red Devils are now set to pay the Spanish giants an initial £50.7m for Casemiro with £8.5m in add-ons, while the Brazilian has a four-year contract with the option of a further 12 months at Old Trafford on the table.

Although a medical test is expected to be completed for the 30-year old in the next 48 hours, but he may not be be available for Monday night’s home game against Liverpool as he requires a visa.

United have desperately needed a defensive midfielder for years and the Brazilian offers attributes manager Erik ten Hag does not possess in his squad.

The former Sao Paulo man has played over 300 times for Madrid and has been part of five Champions League successes.

Casemiro is set to become United’s fourth summer signing after the arrivals of Christian Eriksen, Tyrell Malacia and Lisandro Martinez.