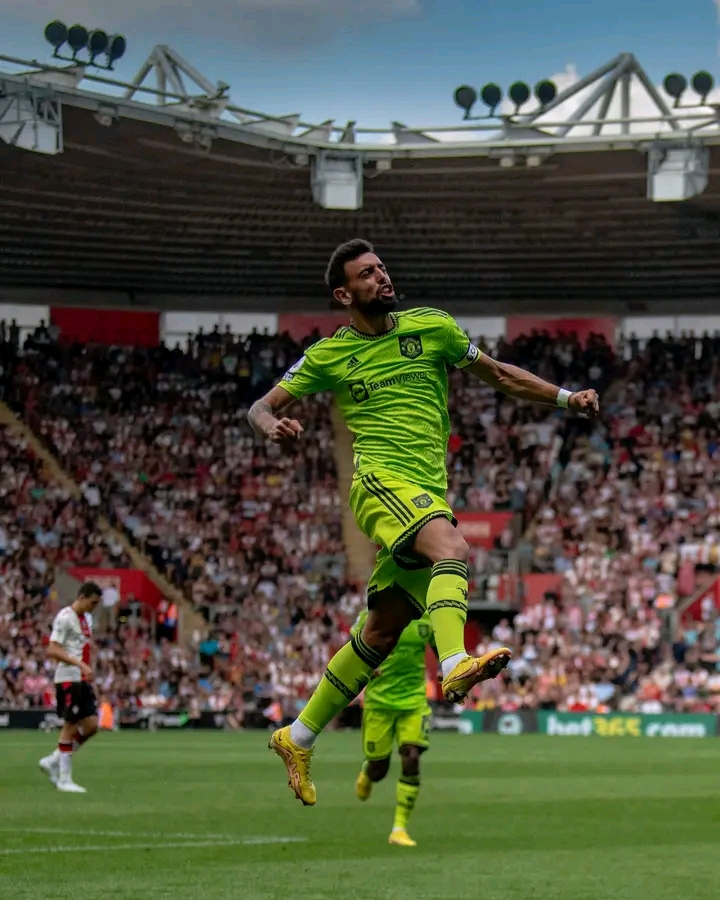 FIRST HALF – HONOURS EVEN

Chances were scarce in the early stages, but the United supporters watching from behind the goal were left wondering how the Reds weren’t in front around the 20-minute mark. A Diogo Dalot cross caused mayhem in the penalty area as the Southampton keeper Gavin Bazunu and his defence somehow frantically denied Bruno Fernandes the chance to head home, before thwarting Anthony Elanga, Fernandes again and then Christian Eriksen – all from around the six-yard box.

For the hosts, it was Che Adams, the only change to the Saints line-up after scoring twice as a substitute against Leicester City, who created most of their chances. However, the best opportunity fell to Armel Bella-Kotchap. Waiting at the back post, the Frenchman launched a shot over the bar.

The last key action of the first 45 was when Scott Mctominay was hauled down by Joe Aribo on the edge of the penalty area, giving United an opportunity to score from a free-kick, but Fernandes’s effort was stopped by the wall to leave the teams level at the break.

United stormed out of the blocks after the interval, heaping early pressure on the home side and were rewarded 10 minutes following the restart. Dalot was played into space on the right and used his position to fire the ball across the box, where Fernandes was waiting to steer it into the bottom left corner.

Prior to the match, the Saints had rescued four points from losing positions in their previous two outings and were looking to repeat a turnaround. David De Gea made an excellent save to stop Joe Arido’s header finding the net after the hour mark, before Kyle Walker-Peters put the rebound over the bar.

The hosts threw plenty at United in the closing stages, which included six minutes of added time, but Erik ten Hag’s side stood strong to shut out the south coast side for a first clean sheet of the season.