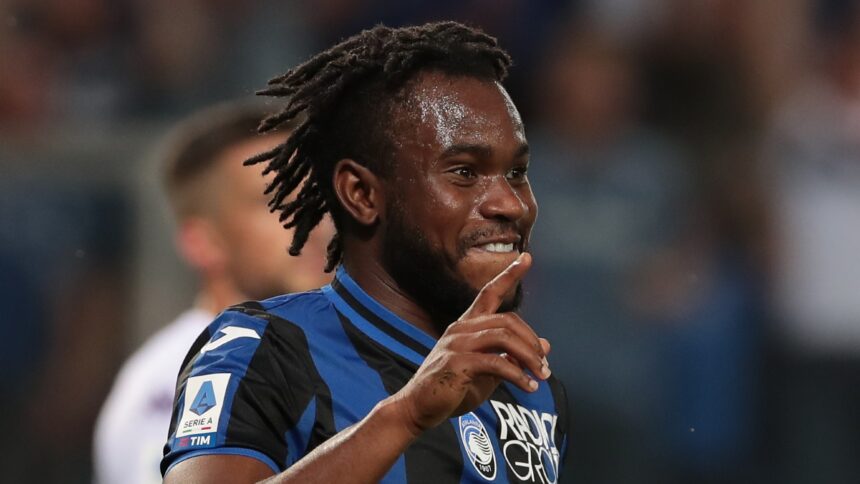 Nigerian striker Ademola Lookman was declared the winner of the match for Atalanta after scoring his first goal for his team for a 1-0 home win over Fiorentina on Sunday in a Serie A match.

After the goal, it was noticed that Lookman 24, was seen full of smiles and happiness for his first home goal.

According to Lookman, he was happy about his first goal and that he had been anticipating it for a long time, he expressed that excellent performance and believing in oneself leads to success.

Though the Giant Piero Gasperini’s team were dealt with at the Gwess stadium, they did not lose their vigor during the international break.as they played with a staggering Fiorentina team.

Atalanta’s win proves that they are taking the lead in the Serie A table together with Napoli, 20 points each.

Having won six times and two equalizers in their opening either game.

The Nigerian has made a remarkable start for Atalanta showing up in the team eight times so far, scoring two goals and involved in at least three assist in the recent 2022/23 seasons.